WORLD US slaps 5 Russians with sanctions over human rights

US slaps 5 Russians with sanctions over human rights 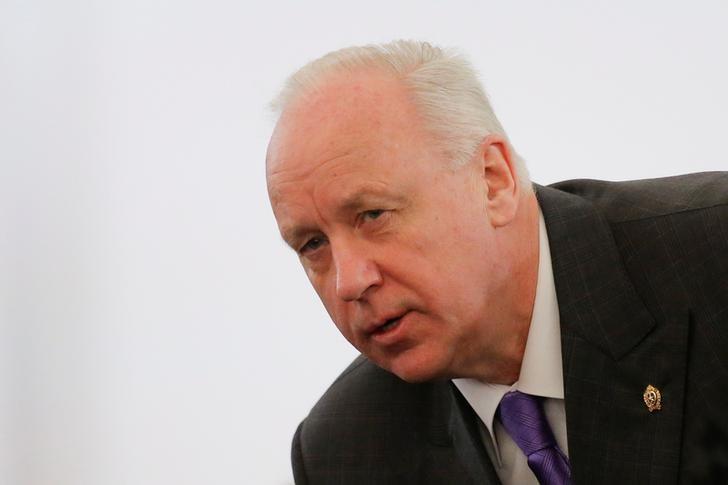 The United States on Wednesday imposed sanctions on five Russians, including the leader of Chechnya, under a U.S. human rights law that has been a major irritant between Washington and Moscow.

The five Russians were targeted under the Magnitsky Act, passed by Congress in 2012 in response to the death of Russian lawyer Sergei Magnitsky. He died in prison after exposing a tax fraud scheme involving Russian officials, and the law named after him allows the U.S. to target violators of human rights. All told, the U.S. has targeted 49 Russians under that law.

The latest additions include Ramzan Kadyrov, the head of Chechnya, a predominantly Muslim republic in southern Russia. The Treasury Department said Kadyrov oversaw “disappearances and extrajudicial killings” and that he’s believed to have ordered the killing of one of his political rivals. The rival had accused Kadyrov of personally carrying out torture.

Kadyrov, an ally of Russian President Vladimir Putin, had been widely believed to have already been on a classified list of U.S. sanctions targets. Until Wednesday, the U.S. had not publicly disclosed his presence on any sanctions list.

The Treasury Department also said it was targeting a Chechen law enforcement official, Ayub Kataev, for alleged involvement in abuses this year against gay men. The United Nations and human rights groups have decried reports that men suspected of homosexuality have been rounded up and tortured in Chechnya and in some instances killed. The newspaper Novaya Gazeta, which first reported the abuses, said the men were held in a secret prison in the town of Argun, where Kataev was the head of the police force. A spokesman for Kadyrov denied the reports and insisted there were no gay people in Chechnya.

“We will continue to use the Magnitsky Act to aggressively target gross violators of human rights in Russia, including individuals responsible for extrajudicial killings, torture and other despicable acts,” said John Smith, a top sanctions official at the Treasury Department.

The other three Russians being targeted are accused of being involved in the criminal conspiracy in Russia that Magnitsky exposed.

Magnitsky was a Russian lawyer hired by Hermitage Capital, a hedge fund owned by British citizen William Browder. After accusing Russian officials of carrying out a $230 million tax fraud, he was charged with tax evasion and put in prison, where he died in 2009 at 37. An official Russian probe blamed a heart attack, but Russia’s presidential council on human rights concluded he’d been beaten and denied medical treatment.

The sanctions law became a sore point between the U.S. and Russia after it was signed into law by former President Barack Obama. Shortly after, Russian President Vladimir Putin signed a law banning American citizens from adopting Russian children, in a move widely viewed as retaliation.

Donald Trump Jr., son of President Donald Trump, has said he discussed the Magnitsky Act and the adoption law with Russian lawyer Natalia Veselnitskaya last year during an unusual campaign-season meeting that has been examined as part of the investigation into Russian meddling in the 2016 election and potential collusion with Trump’s campaign.

The sanctions freeze any assets the individuals may have in the United States, and also bar Americans from doing any business with them.

In 2016, the Magnitsky Act was expanded to allow the U.S. to target human rights abusers anywhere, not just in Russia. The Trump administration is expected to target additional individuals under that law in the coming days.