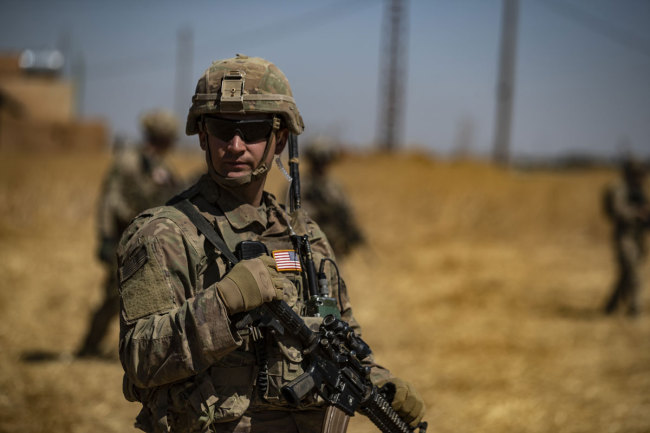 Besides sharing bomb-making instructions during a Facebook group chat, Smith discussed plans to attack a major TV news network using a car bomb and target members of the leftist group Antifa, the FBI said. The network was not identified in court documents.

Smith also expressed an interest in traveling to Ukraine to fight with a far-right paramilitary group there, the Azov Battalion, according to the FBI.

His Facebook chats including conversations with another American who fought with a different far-right group in Ukraine from 2017-2019, the FBI said.

According to the Justice Department, Smith joined the army in June 2017 and was stationed at Fort Riley since July 2019.