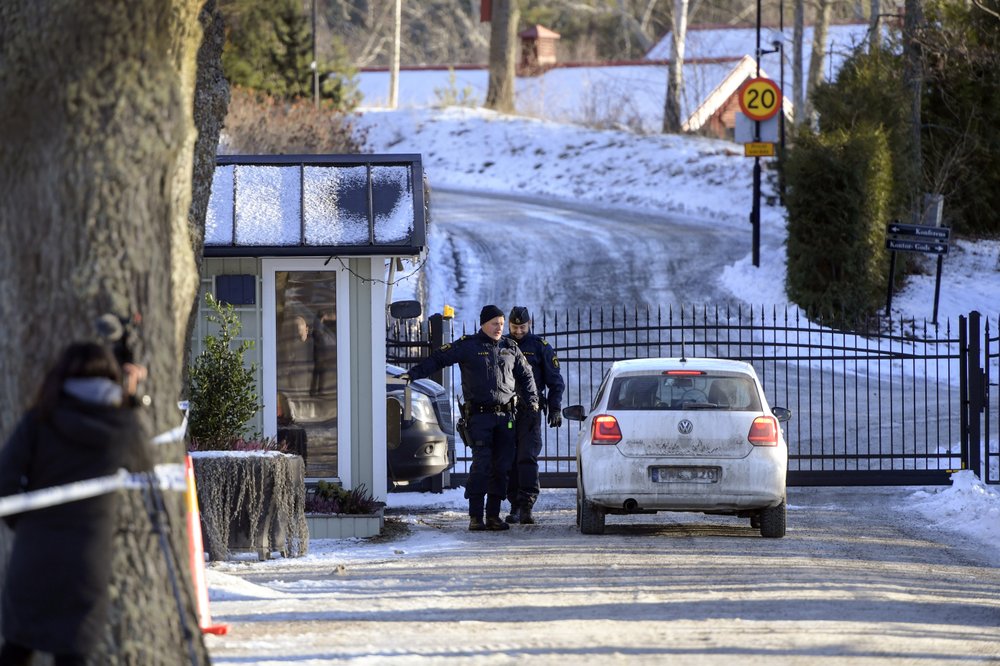 Security staff are seen at the location where representatives of the United States, North Korea and South Korea are holding a secret meeting, in Stockhom, Sunday, Jan. 20, 2019. President Donald Trump said Saturday that "things are going very well with North Korea" and he plans a second summit with leader Kim Jong Un to try to broker a deal that would entice the North to give up its nuclear weapons. (Photo: AP)

Sweden said Sunday diplomats from South Korea and the U.S. will attend “small-format” talks in the Nordic country with a North Korean colleague along with “a small group of international experts.”

The talks are hosted by the Swedish government and SIPRI, or the Stockholm International Peace Research Institute, an independent think-thank focused on research on conflicts, armaments and arms control.

The ministry disclosed no venue or schedule of the meeting, including whether it has officially started. Swedish news agency TT said the talks are taking place at a conference center on Lake Malaren northwest of Stockholm, lasting until Jan. 22.

Sweden has had diplomatic relations with North Korea since 1973 and is one of only a few Western countries with an embassy there. It provides consular services for the United States.

It gave no schedule but the meeting is presumed to take place on the sidelines of the U.S.-Koreas meeting.

The agency said Kenji Kanasugi, director general of the ministry’s Asian and Oceanian Affairs Bureau, is hoping to be updated by Biegun on the arrangements of an upcoming meeting, possibly next month, between U.S. President Donald Trump and North Korean leader Kim Jong Un.