WORLD US, South Korean diplomats meet ahead of Trump-Kim summit

US, South Korean diplomats meet ahead of Trump-Kim summit 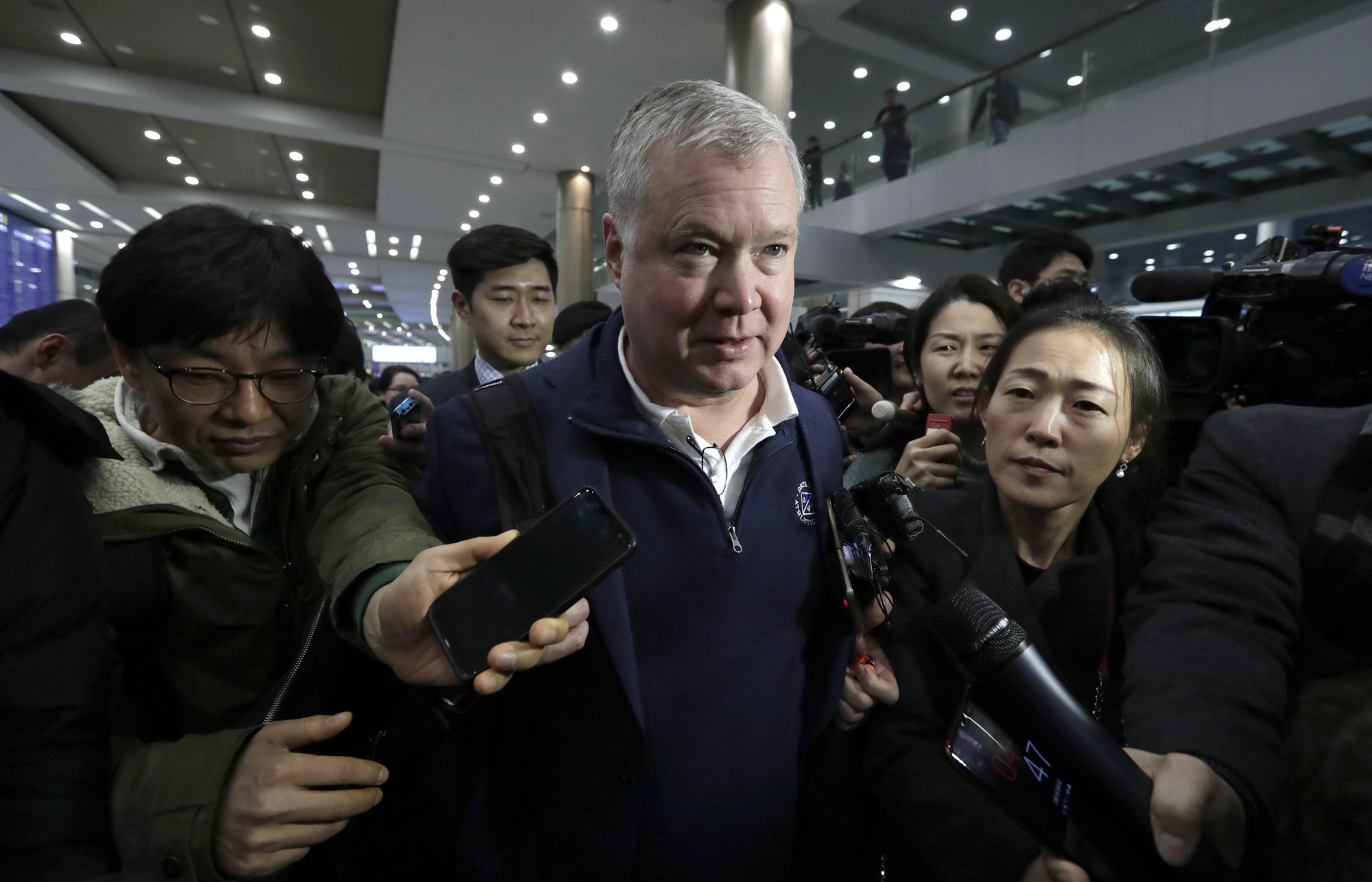 US Special Representative for North Korea Stephen Biegun is questioned by reporters at the Incheon International Airport in South Korea on February 3, 2019. (Photo: AP)

Trump told CBS’ “Face the Nation” that “the meeting is set” with Kim, but he provided no further details about the meeting expected around the end of February. The president said there was “a very good chance that we will make a deal.”

Seoul’s Foreign Ministry said in a statement that Biegun and his South Korean counterpart Lee Do-hoon held consultations about working-level US-North Korea talks ahead of the summit.

South Korean media reported Biegun and his North Korean counterpart Kim Hyok Chol will likely meet at the inter-Korean border village of Panmunjom or in the North’s capital of Pyongyang early this week.

Little progress has been made toward ridding North Korea of its nuclear weapons since Trump and Kim held their first summit in Singapore last June. During that summit, Kim pledged to work toward complete denuclearization of the Korean Peninsula, though he did not provide a timetable or roadmap for his disarmament steps.