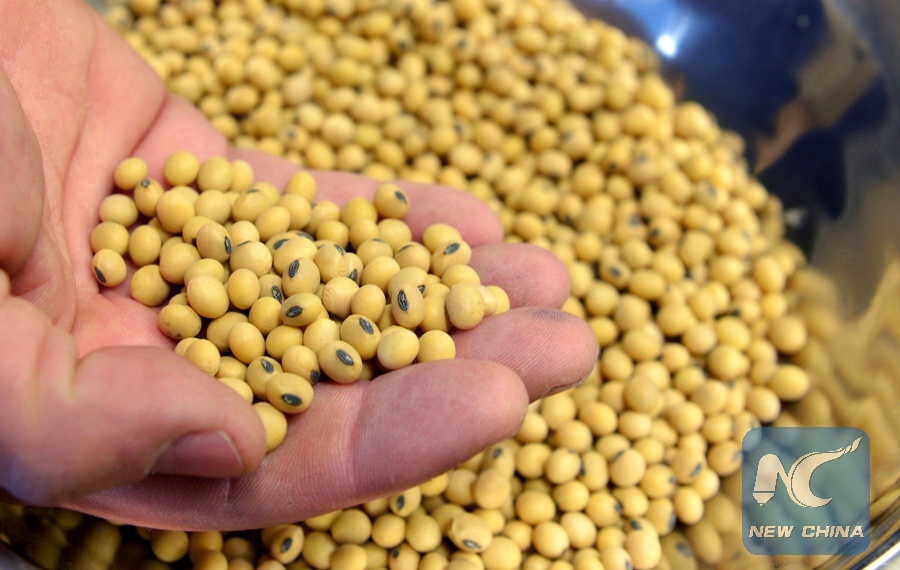 CHICAGO, Dec. 3 (Xinhua) -- The American Soybean Association (ASA) on Monday welcomed the "positive" outcome from the weekend meeting between the US and Chinese leaders in Argentina, calling for repairing the "damage done to our trade relations with China."

"This is the first positive news we've seen after months of downturned prices and halted shipments," said ASA president John Heisdorffer in a statement released on Monday.

Chinese President Xi Jinping and his US counterpart, Donald Trump, agreed Saturday on the sidelines of the G20 meeting in Buenos Aires to take measures to ease bilateral trade tensions. They agreed not to impose new additional tariffs, and to step up negotiations toward the removal of all additional tariffs and reaching a concrete deal that is mutually beneficial and win-win.

If this suspension of tariff increases leads to a longer-term agreement, it will be extremely positive for the soy industry, said the statement.

"We want to begin repairing damage done to our trade relations with China, which has been essential to successful soybean exports for years," said Heisdorffer, a soybean grower from Iowa state, in the statement.

China is the world's top soybean buyer. But amid the escalation of trade disputes, China cut down its soybean imports from the United States.