WORLD US special envoy to visit DPRK for Trump-Kim meeting

US special envoy to visit DPRK for Trump-Kim meeting

US State Department said on Monday that the country's special envoy on issues related to the Democratic People's Republic of Korea (DPRK) will travel to Pyongyang to prepare for the second summit of the two nations' top leaders.

According to a statement issued by the State Department, Stephen Biegun, US special representative for the DPRK-related issues, will travel to Pyongyang later on Feb 6 for meetings with his DPRK counterpart, Kim Hyok-chol, to lay the ground work for US President Donald Trump's second meeting with Kim Jong-un, the DPRK's top leader.

The travel also aimed to "advance further progress on the commitments the President and Chairman Kim made in Singapore: complete denuclearization, transforming US-DPRK relations, and building a lasting peace on the Korean Peninsula," read the statement.

US State Department said last month that Biegun would travel to Seoul for a meeting with his South Korean counterpart, Lee Do-hoon. He would also have follow-up meetings with his DPRK counterpart to "discuss next steps to advance" the goal of denuclearization.

The US-DPRK relations have improved last year, as Kim Jong-un and Trump held their first meeting in Singapore in June, reaching some consensus regarding the decades' hostility between the two nations and the Korean Peninsula's denuclearization.

However, differences between the two sides remain over key issues including the scale of denuclearization, US sanctions on the DPRK and whether to issue a war-ending declaration.

Earlier on Monday, Biegun, who arrived in Seoul Sunday, met with Chung Eui-yong, South Korean President Moon Jae-in's top national security advisor. During the meeting, Biegun explained the US position ahead of the working-level discussion between Pyongyang and Washington, while Chung delivered his country's assessment on current situations and issues to tackle to the US envoy. 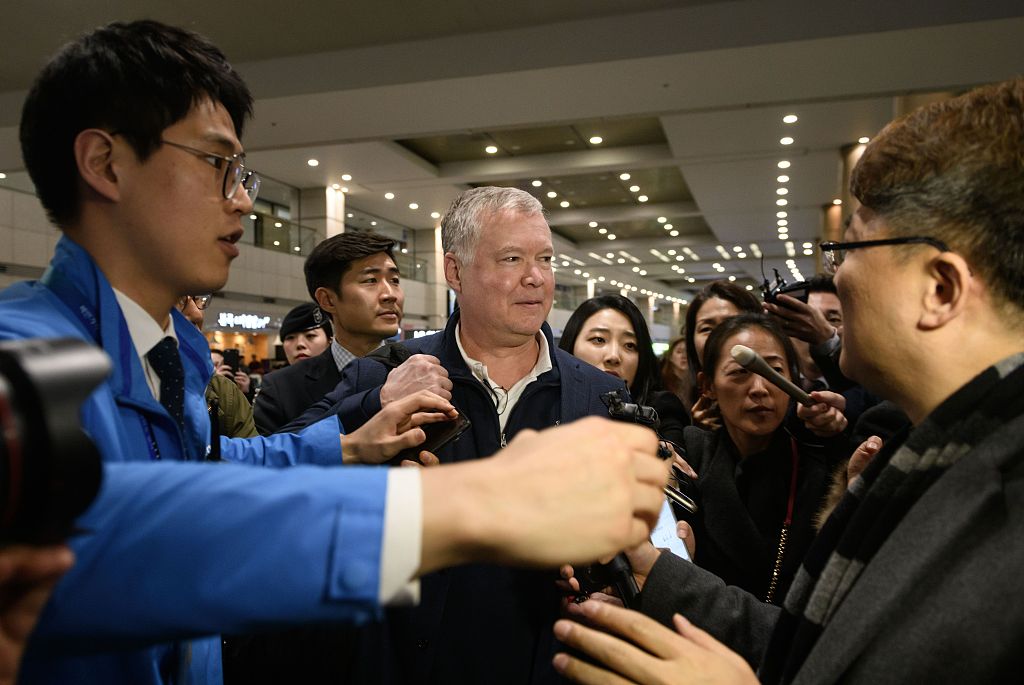 Yonhap news agency earlier reported that Biegun would hold a working-level discussion with his DPRK counterpart on Tuesday this week at the inter-Korean border village of Panmunjom for the second DPRK-US summit.

Trump said last week that the date and location of his upcoming meeting with Kim has been decided and would be announced next week.

"We'll be announcing the location and ... the exact date it will be, it'll be end of February," Trump noted, adding that his administration will announce the venue and date "next week.