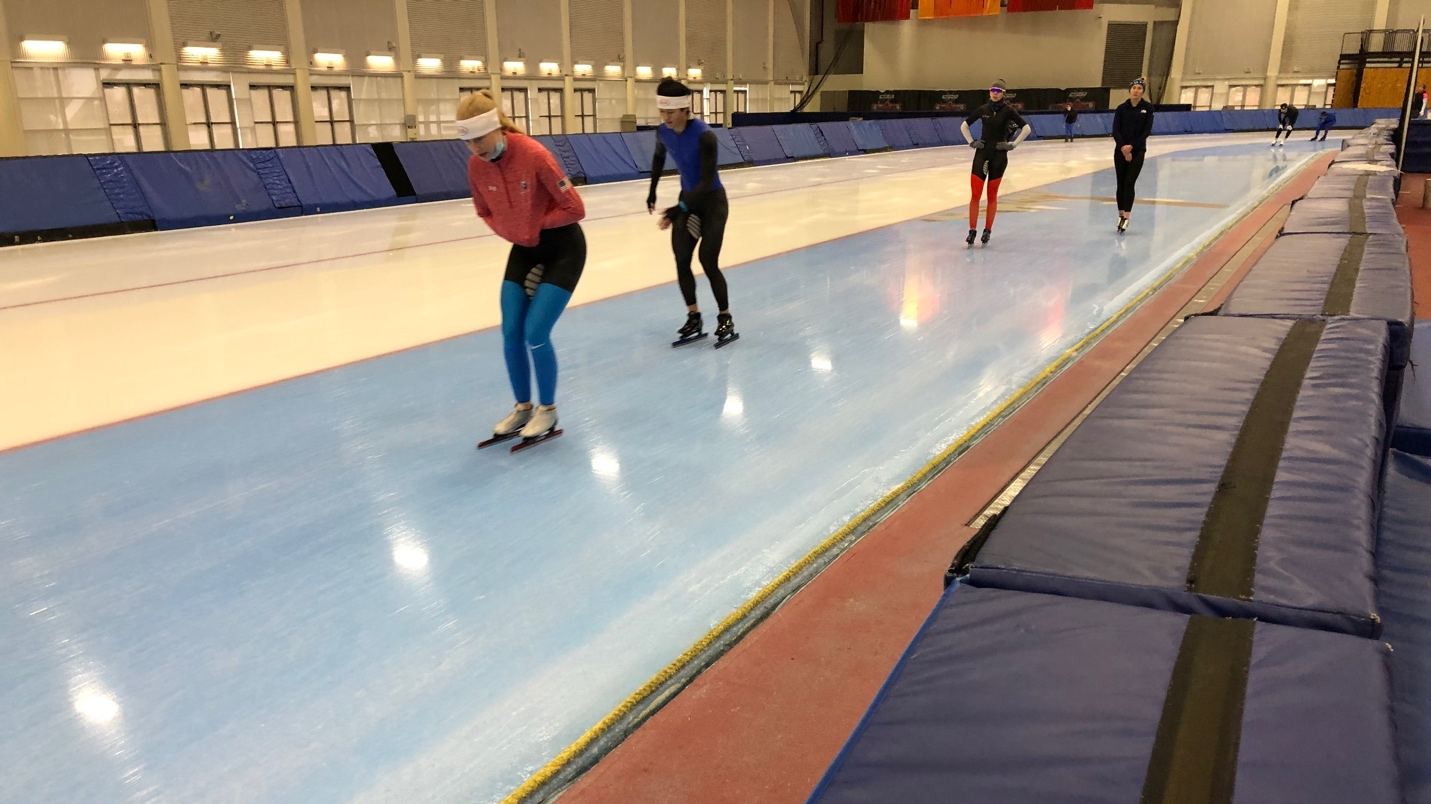 U.S. speed skaters warm up for a session on the ice at Salt Lake City's Olympic Oval. /CGTN

Speed skaters from around the world were recently in action in Beijing, getting a closer look at the track that will be used for events at the 2022 Beijing Winter Olympics. They were competing at a short track World Cup event in China's capital.
There is still plenty of work ahead for speed skating athletes looking to compete at the Olympics. Many of the Team USA athletes train at Salt Lake City's Olympic Oval, the venue for the 2002 Winter Olympics.

Kristen Santos is a U.S. short track record holder. She also recently picked up a bronze medal in the 1,500 meters at the World Cup event in Beijing. She's aiming to reach her first Olympics. Santos had hoped to get a spot at the 2018 Games but her chances were dashed after suffering a horrific crash, also in Beijing. A skate cut tendons in her hand.

"I lifted my floppy hand, with blood dripping out off of it," said Santos. "Number one, it made me realize how important mental health is, and how much better I can skate with a clear mindset." 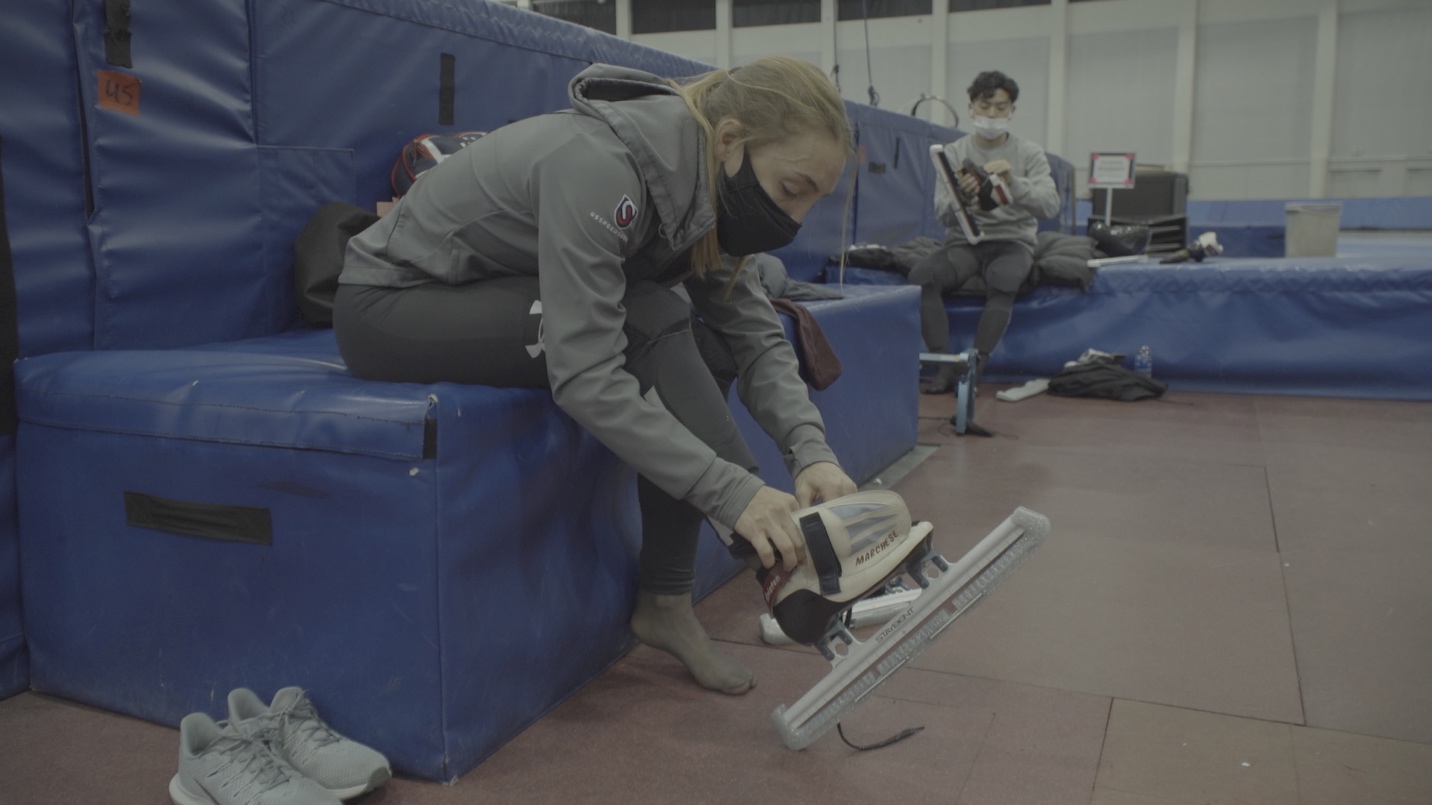 There are two types of speed skating, short track and long track. A key difference is that long track is skated around a 400-meter oval compared to 111 meters for short track.

Emery Lehman is a long-track two-time Olympian. He's hopeful of making it a hat-trick in Beijing. But this time, he has his sights set on a medal. "Our team is taking a special focus on focusing on the team pursuit this year, which we feel we are medal contenders in. I think the level of competition in practice has really pushed us to believe, we can do it, we can medal and all of us really want to just be a part of that team."

There are still plenty of hurdles ahead before the U.S. speed skating team is selected for Beijing 2022. After a host of international and domestic competitions, the focus will then switch to the U.S. trials.

Santos hopes to earn her ticket to Beijing, and this time, have an altogether different experience. "To go somewhere where I experienced such a low moment, I know though, through that, I have come out so much stronger. It would be an honor to skate for the country, skate for myself and skate for everyone who has supported me along the way."

For now, the focus for the U.S. speed skating athletes is on improving each day and making that Olympic team. For some, the hard work will soon pay off, and that Olympic dream will become a reality.