The US State Department on Tuesday approved F-35 fighter jets sale to the United Arab Emirates (UAE), an arms sale which was questioned by some congressional Democrats. 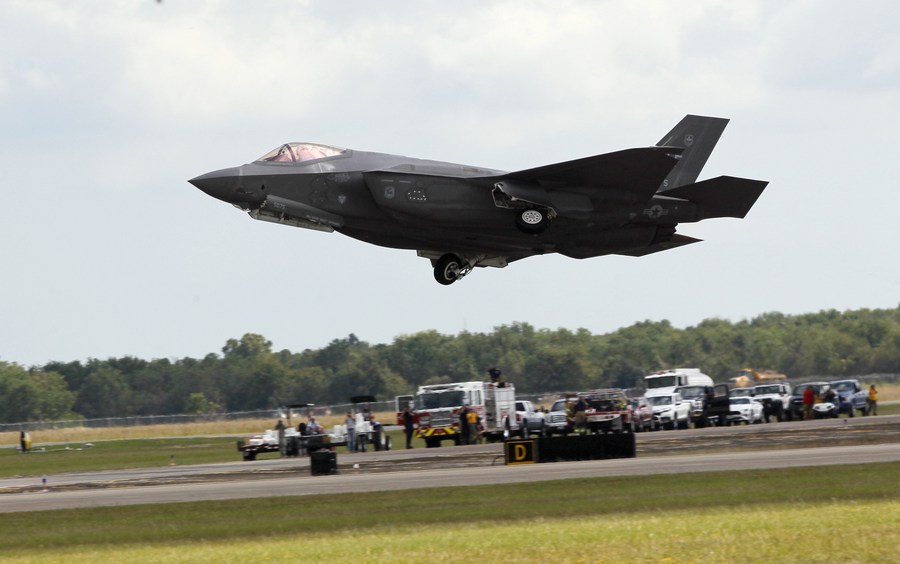 An F-35 fighter jet performs during the annual Wings Over Houston Airshow at the Ellington Airport, state of Texas, the United States, Oct. 19, 2019. (Photo: Xinhua)

In a Tuesday statement, Secretary of State Mike Pompeo announced a massive arms sale package with an estimated price tag of 23.37 billion U.S. dollars, which includes up to 50 F-35 jets worth 10.4 billion dollars, 18 MQ-9B drones worth 2.97 billion dollars, and 10 billion dollars of munitions.
"The proposed sale will make the UAE even more capable and interoperable with U.S. partners in a manner fully consistent with America's longstanding commitment to ensuring Israel's Qualitative Military Edge," said the statement.
Israel's Qualitative Military Edge refers to a U.S. legal standard that Israel maintains a military technologic edge over other regional countries.
Reports said that the F-35 deal between the United States and the UAE was a part of the U.S.-brokered agreement to normalize ties between the UAE and Israel that had been signed in September.