WASHINGTON, Aug. 6 (Xinhua) -- The U.S. State Department on Thursday lifted the Level 4 travel advisory that had instructed citizens to avoid all international travels amid COVID-19 since March. 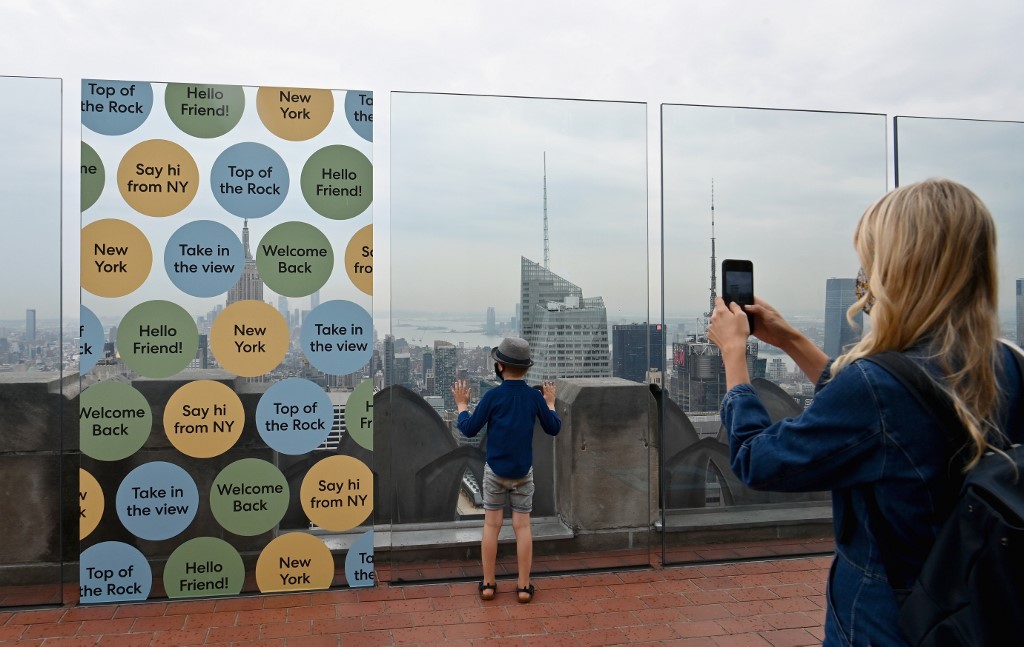 A woman and her son take pictures during the reopening of the Top of The Rock observation deck on August 6, 2020 in New York City. (Photo: AFP)

"On August 6, in close coordination with the U.S. Centers for Disease Control and Prevention (CDC), the Department of State lifted the Global Level 4 Health Advisory," the State Department said in a statement.

The State Department said it would return to previous systems of country-specific levels of travel advice.

Many countries, however, are still closed for American travelers or require restrictive measures.

The announcement came as the Trump administration is trying to get the United States back to normal, and U.S. airline stocks rose on the announcement.

The Level 4 advisory, known as "Do Not Travel", had been initially placed in late March when the United States had only about 11,000 confirmed coronavirus cases and 157 related deaths.

According to the Center for Systems Science and Engineering (CSSE) at Johns Hopkins University, as of Thursday, the COVID-19 cases in the country surpassed 4.85 million, making it by far the worst-hit country in the world.