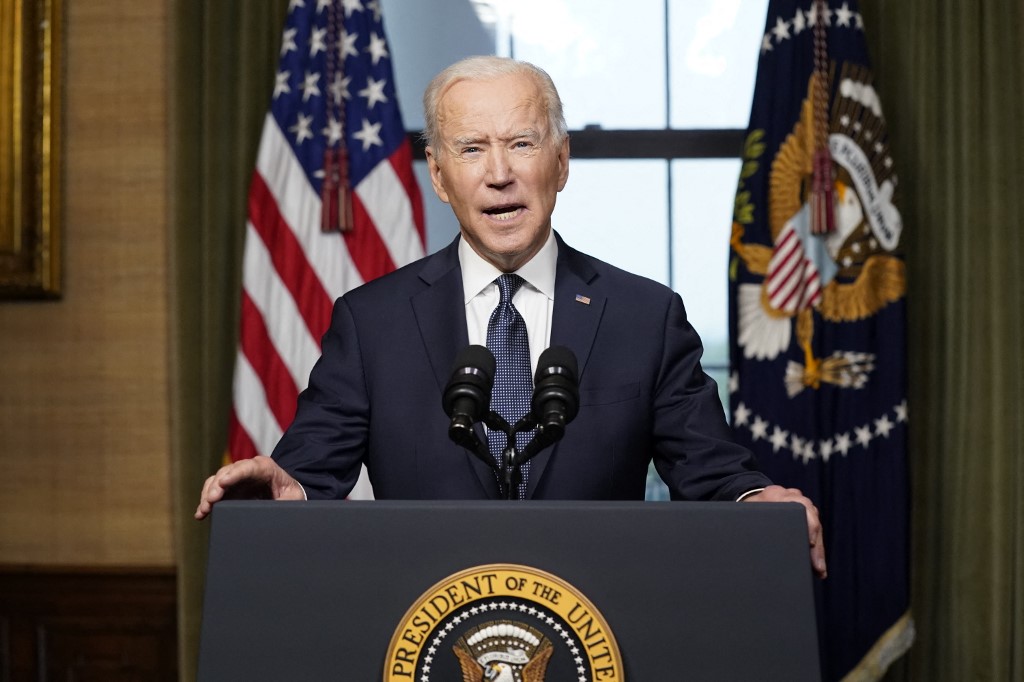 US President Joe Biden speaks from the Treaty Room in the White House on April 14, 2021 in Washington, DC, about the withdrawal of the remainder of US troops from Afghanistan. (Photo: AFP)

The state department said in a travel advisory that it had "ordered the departure from U.S. Embassy Kabul of U.S. government employees whose functions can be performed elsewhere."

U.S. Charge d'Affaires to Afghanistan Ross Wilson tweeted that the departure was approved "in light of increasing violence & threat reports in Kabul."

He added that the departure would affect "a relatively small number of employees at the U.S. Embassy in Kabul effective immediately."

The move came days ahead of May 1, the date President Joe Biden announced earlier this month that U.S. and NATO troops will begin to withdraw from Afghanistan.

However, the previous Donald Trump administration and the Afghan Taliban set May 1 as the deadline to pull U.S. troops out of the country. The Taliban had warned of consequences if the Biden administration fails to follow through that deadline.

There are roughly 3,500 U.S. troops in Afghanistan, and about 7,000 NATO troops in the country rely on U.S. logistics and security support.