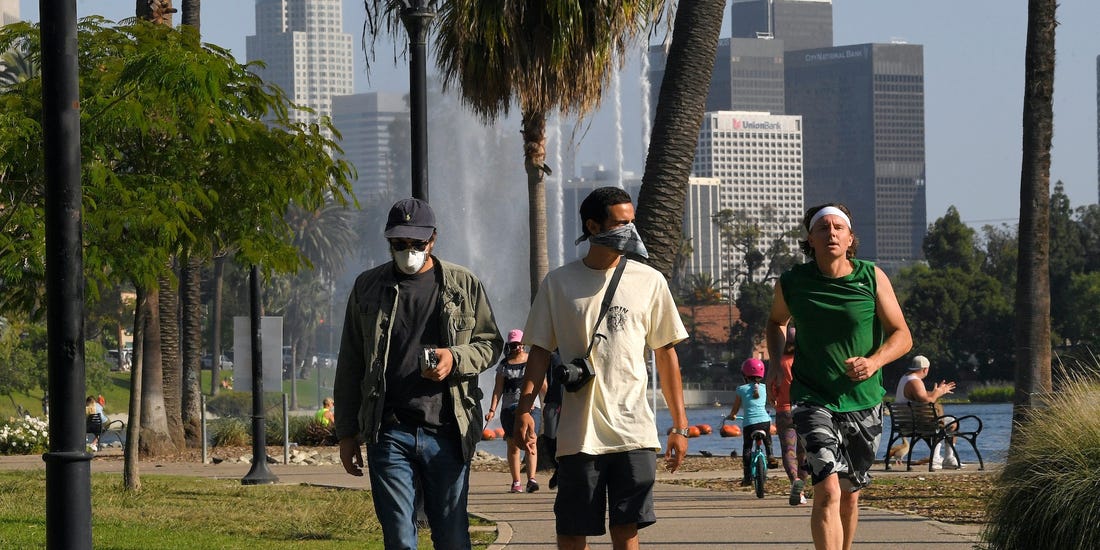 The previous highest single-day jump was reported on Tuesday when the most populous state in the United states saw additional 5,019 cases. California saw a 69 percent increase in new cases in just two days as the state is moving forward with its reopening plans.

Data from the California State Health Department showed the state has 190,222 confirmed cases to date.

There were 52 new COVID-19-related deaths reported on Wednesday, bringing the state's total to 5,632.

California is one of the seven U.S. states which reported new highs for COVID-19 hospitalizations on Tuesday, according to data tracked by The Washington Post.

Increases in four suburban California counties, Ventura, Orange, San Bernardino and Riverside counties, have contributed to an overall rise in hospitalizations recorded statewide that began after Memorial Day, just as officials were rapidly reopening the economy, the Los Angeles Times reported, noting that some health officials are blaming social gatherings.

The California State Health Department said in the statement that as testing capacity continues to increase across the state, an increase in the number of positive cases has been expected. There have been 3,592,899 tests conducted in California and reported to the California Department of Public Health as of Tuesday.

"Not only as we reopen our economy but we begin to reopen our households and we begin to go back to our old ways and our old habits, the consequence is we are spreading this virus," said California governor Gavin Newsom in a daily news briefing.

"It is our behaviors that are leading to these numbers and we are putting people's lives at risk," he added.

The governor urged California residents to remain vigilant and act responsibly to slow the spread of the COVID-19. He went on to plead with people to continue to wear masks, wash hands and practice physical distancing.

"Wear your mask. This isn't about politics. It's about SCIENCE. Protect others. Protect yourself. Help slow the spread of #COVID19," the governor tweeted later.