WORLD US state of California to begin reopening this week

US state of California to begin reopening this week 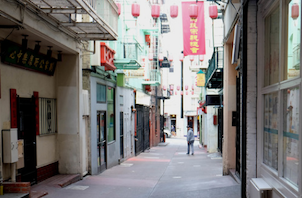 California Governor Gavin Newsom announced on Monday that the most populous U.S. state will enter into the second stage of COVID-19 recovery at the end of this week, allowing some retail businesses to reopen with modifications.

"We are entering into the next phase this week, end of the week. With modifications, we will allow retail to start operating across the spectrum," said Newsom at a daily press briefing.

"This is a very positive sign and it's happened only for one reason: the data says it can happen," he added.

Clothing stores, florists, bookstores and sporting goods stores and others with curbside pick-up may reopen as early as Friday, according to the governor.

Newsom noted that the reopening of the country's largest state economy is "led by data and science."

Newsom said Friday that California is "days, not weeks" away from further reopening.

Newsom outlined a four-stage plan for a gradual reopening of the state's economy last week as he is facing increasing pressure from the public and local officials to ease coronavirus-triggered restrictions against the pandemic. Protesters gathered in some cities across California over the weekend, urging Newsom to lift restrictions and reopen the state as quickly as possible.

The governor ordered people to continue to stay at home to slow the spread of COVID-19 in the first stage, currently in place, as the state will build out its testing, PPE, and hospital capacity, making essential workplaces as safe as possible.

According to Newsom's plan, California will gradually reopen some lower risk workplaces with adaptations in the second stage, including retail with curbside pick-up, manufacturing, offices and more public spaces. The third stage will be a gradual reopening of some higher risk environments with adaptations and limits on size of gatherings. And the fourth stage will be ending the stay-at-home order.