SAN FRANCISCO, Dec. 20 (Xinhua) -- Governor Jay Inslee of the U.S. state of Washington on Thursday proposed aggressive climate policy measures to cut the state's carbon emission to zero in the next 30 years. 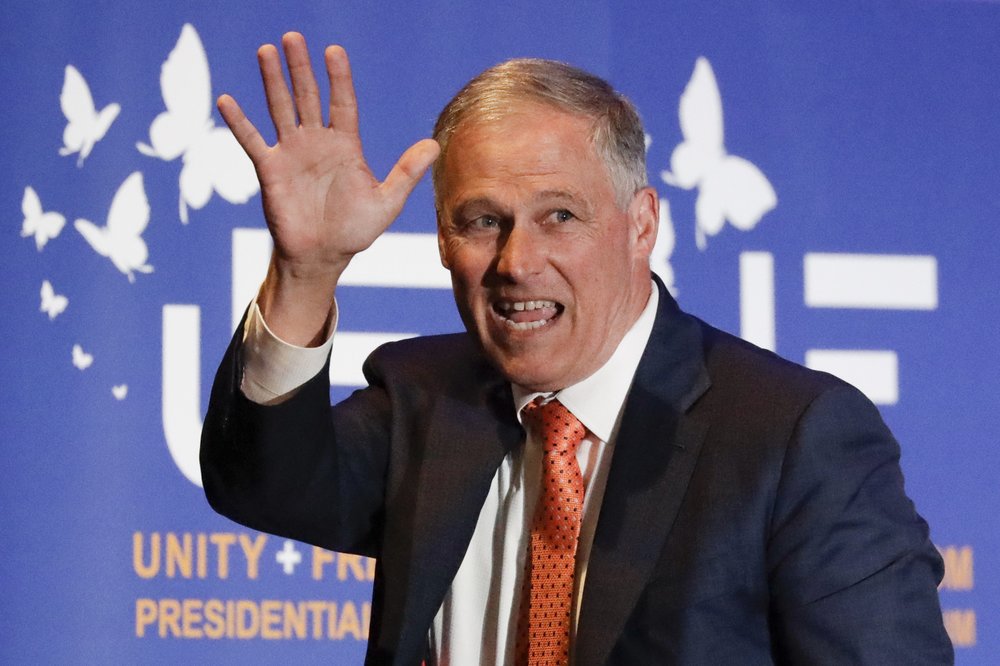 In this May 31, 2019, file photo, Democratic presidential candidate Washington Gov. Jay Inslee waves after speaking during a campaign event at the Unity Freedom Presidential Forum in Pasadena, Calif. Inslee, who made fighting climate change the central theme of his presidential campaign, announced Wednesday night, Aug. 21, that he is ending his bid for the 2020 Democratic nomination. (File photo: AP)

Inslee unveiled several new policies that he will propose to the state legislature next year to combat the climate crisis, including one that requires a quarter of vehicles sold in the state to be zero-emission by 2025.

"Washingtonians deserve a choice for cleaner fuels and cleaner cars -- and they're going to get both," he told a news conference in Olympia, the state's capital.

Inslee's announcement came after he rolled out his 2020 supplemental budget proposal on Wednesday.

He wants state agencies and legislature to trim human-caused greenhouse gas emissions by 95 percent below 1990 levels, as well as to achieve net zero emissions by 2050.

Inslee proposed a new bill that will ensure Washington does its part to limit global warming to 1.5 degrees Celsius, as required by the findings of recent studies on climate change.

He put forward a target for the state to reduce greenhouse gas emissions by 45 percent below 1990 levels by 2030.

Climate change will have a devastating impact on Washington, bringing wildfires, drought, a dwindling snowpack and ocean acidification, according to a report released by the Washington State Department of Ecology recently.

Inslee expressed his support for creating a clean fuel standard to limit greenhouse gas emissions per unit of transportation fuel sold in the state, citing transportation as one of the largest contributors of state carbon emissions, accounting for 45 percent of the state's total.

He also pledged to replace 50 percent of Washington's vehicles with electric ones by next year.