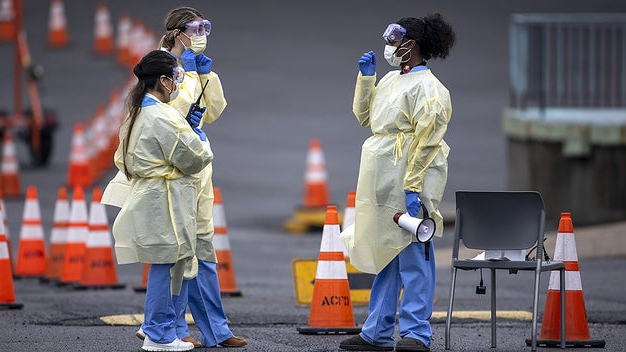 During a joint virtual news conference, governors of New York, New Jersey, Connecticut, Pennsylvania, Rhode Island, Delaware and Massachusetts said instead of competing against each other, their states will form a consortium to purchase personal protective equipment (PPE), test kits and ventilators.

The consortium is expected to identify the needs of the entire region, bring down prices and stabilize the supply chain. It will also explore the potential of new technologies such as 3D printing in PPE production.

New York Governor Andrew Cuomo said during the conference that the COVID-19 pandemic has created "a mad scramble" for medical equipment across the entire nation, as states, private entities and the federal government compete to secure supplies, which is in turn driving up prices.

"As a state and as a nation we can't go through that again," he said. 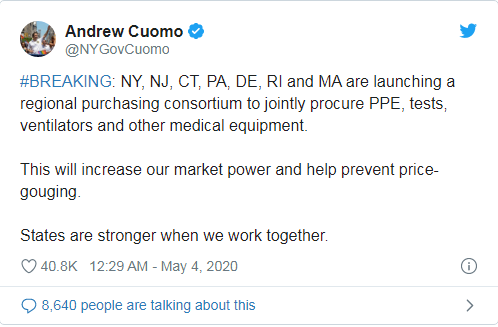 The joint effort will encourage manufacturers to make what the states need, Pennsylvania Governor Tom Wolf told the conference, saying that "we can exploit the great research institutions and the brainpower in our region to increase our chances of success."

According to Johns Hopkins University, the seven states have a combined number of 606,000-plus cases, accounting for around 52 percent of the total cases in the country.

In a live Fox News broadcast on Sunday, U.S. President Donald Trump said he believes there will be a coronavirus vaccine by the end of this year.

However, U.S. public health officials have warned that even if initial trials go well, it could take up to 18 months before a vaccine is ready for public use.