WASHINGTON, May 18 (Xinhua) -- David Ryan, a retiree in Fairfax, US state of Virginia, welcomed the US Centers for Disease Control and Prevention (CDC)'s recent announcement that fully vaccinated people don't need to wear masks in most cases. 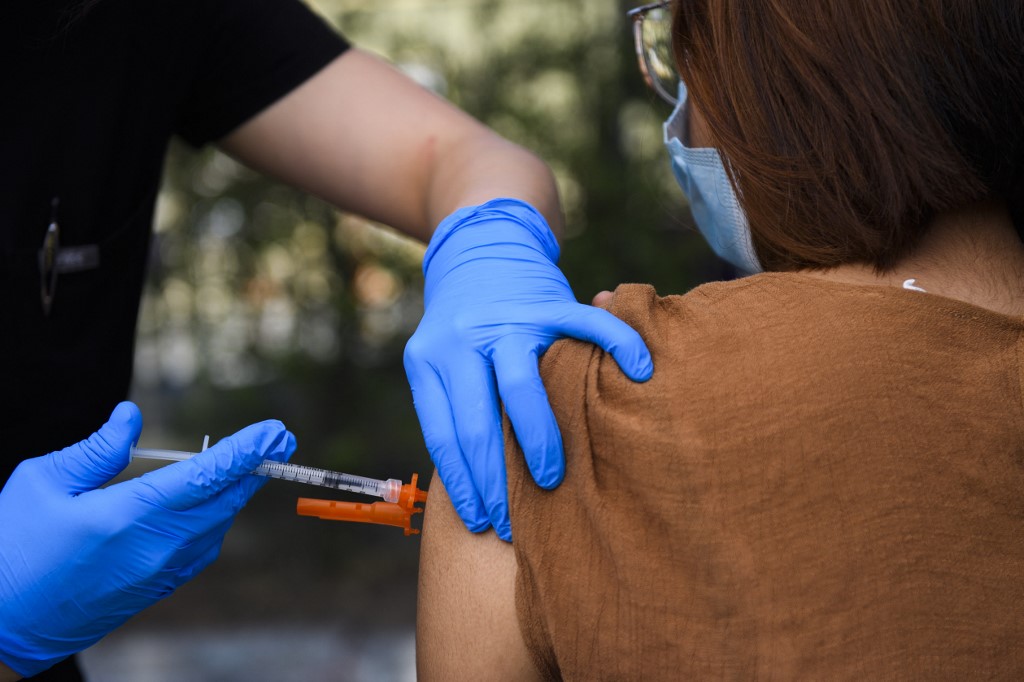 Ryan told Xinhua he has worn a mask over the past year in supermarkets and restaurants, when required to, but does not see the need to wear one outside, especially now that he's fully vaccinated.

During the pandemic, however, he was worried because members of his family had compromised immune systems, and he made sure to wear a mask when he was around other people.

The number of coronavirus cases are down in all 50 states for the first time since the pandemic began, said President Joe Biden on Monday during remarks from the White House.

Biden said 60 percent of Americans have received at least one shot of COVID-19 vaccine.

The United States has administered more than 274 million COVID-19 vaccine doses and distributed more than 344 million as of Monday morning, showed data from the CDC.

Some US states including New York, Virginia and Maryland are lifting mask mandates, after a year of controversy over the practice. Other states may soon follow.

Retailers including Target, Starbucks and CVS Health are among a growing number of businesses easing mask requirements for customers who have been fully vaccinated, except in cases in which state or local laws require masks.

Walmart, Trader Joe's and Costco were three of the first retailers to drop mask requirements, although other household names are opting to continue mask requirements for customers and employees.

However, the CDC's new guidance has been controversial, as critics said it assumes people will be honest about their vaccination status, and some worry that those who have not yet received the vaccine would be put at risk.

National Nurses United (NNU) in a statement Saturday said it was concerned that it would put patients, front-line workers and nurses at risk amid a pandemic that is still present in the United States.

"We're not out of the woods in this yet," NNU President Jean Ross said when speaking on CNN's "New Day" on Monday.

California's public health officials said Monday the most populous state of the United States would not "implement the CDC guidelines that allow fully vaccinated people to go without a mask in most situations" before June 15.

Mask mandates have created controversy for the past year. While Americans are not required to wear masks outdoors - attempts to pass such rules resulted in strong push-back - most states and municipalities have had some sort of mask mandate for the past year.

While some studies show that mask wearing significantly reduces the spread of coronavirus, many Americans take issue with the way mask mandates work.

Isaak Johnson, who works in IT sector in Washington D.C. area, told Xinhua he does not wear a mask now that he's vaccinated, unless he is required to in a restaurant or supermarket.

Avionne Smith, an accountant in the D.C. area, told Xinhua that she wears a mask when required to or when she's in a crowded area.

Wearing a mask is not only a matter of public health during the pandemic. In cities around the D.C. area, many pedestrians can be seen wearing masks outdoors, even after the CDC's announcement.

The area is heavily Democratic, and the mask issue often sees a split between Democrats and Republicans. That's because Republicans tend to be more suspicious of government, while Democrats believe in the power of government to enact positive changes.

Florida state Governor Ron DeSantis, a Republican, earlier this month suspended some local COVID-19 emergency orders, including making it more difficult for local governments in the state to impose mask mandates. Conservatives and conservative media have applauded the move, while Democrats have voiced concern, arguing that the move came too soon.