US states sue Trump administration for not granting student-loan relief 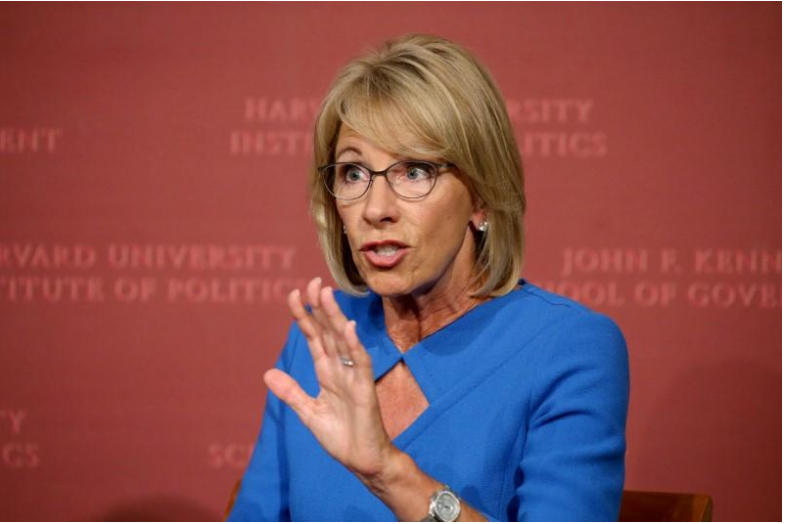 President Donald Trump’s administration is breaking the law in not granting loan relief to students defrauded by Corinthian Colleges and other defunct for-profit schools, according to four US state attorneys general who sued the Education Department and Secretary Betsy DeVos on Thursday.

In a complaint filed in the US District Court of the District of Columbia, the top law-enforcement officers of New York, Illinois and Massachusetts also said the administration has unlawfully declared that some of the loans are still valid, which has led to involuntary collections from students’ paychecks.

Separately, California Attorney General Xavier Becerra filed a parallel complaint in the US District Court in Northern California. According to Becerra, 13,000 former Corinthian students in his state are waiting for the federal government to forgive their loans. Amid federal and state investigations into how many students found work after graduating from its schools, for-profit Corinthian filed for bankruptcy and abruptly closed its 28 schools in 2015.

The lawsuits come after months of pressure from states, borrower advocates and Democratic lawmakers, who say students cannot repay the often-large debts because the schools did not give them adequate work training or diplomas. By law, anyone the government determines was a victim of education fraud is not required to pay student-loan debt.

The department’s inspector general on Monday said it had stopped canceling the debts of people who attended Corinthian, which collapsed in 2015 amid government investigations into its post-graduation rates, and other failed schools.

In the final days of his administration, President Barack Obama approved rules speeding up the debt cancellations. DeVos has delayed implementing those rules, saying they would create significant costs for taxpayers.

Tens of thousands of defaulted borrowers with pending applications for relief are seeing interest charged for the loans mount and their credit scores drop, and are often unable to get additional financial aid to return to school, said New York Attorney General Eric Schneiderman.

Since Trump’s inauguration on Jan. 20, the department has received 25,991 claims for discharging loans. It has denied two requests and approved none, the inspector general, an independent auditor within the agency, found.

All the attorneys general suing are Democrats.

Representatives from the Education Department did not respond to requests for comment.