WORLD US staying to its commitment of denuclearization: Pompeo

US staying to its commitment of denuclearization: Pompeo 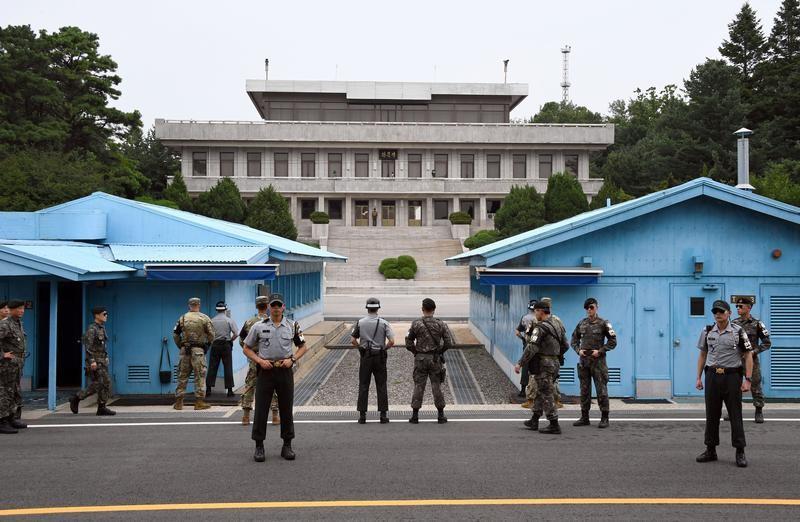 South Korea and US soldiers stand guard during a commemorative ceremony for the 64th anniversary of the Korean armistice at the truce village of Panmunjom in the Demilitarized Zone (DMZ) dividing the two Koreas July 27, 2017. (File photo: Reuters)

Los Angeles (People's Daily) - US Secretary of State Mike Pompeo reaffirmed the US commitment to the complete denuclearization of Korean Peninsula in a public statement, before the US-DPRK summit.

In an interview with Chinese broadcaster Phoenix Television, Pompeo reiterated that President Trump is willing to guarantee DPRK's safety and offer improved relations if it agrees to denuclearize.

In a brief press conference held in Singapore Tuesday, Pempeo also emphasized there is no shift in US policy on DPRK’s nuclear program and its expectation on outcome of the Singapore summit, which is a complete, verifiable and irreversible denuclearization of the Korean Peninsula.

“Until such time as we get the outcome that we’re demanding, economic relief is not going to be provided,” Pempeo told reporters.