WORLD US steps up developing therapies against COVID-19: Trump

US steps up developing therapies against COVID-19: Trump 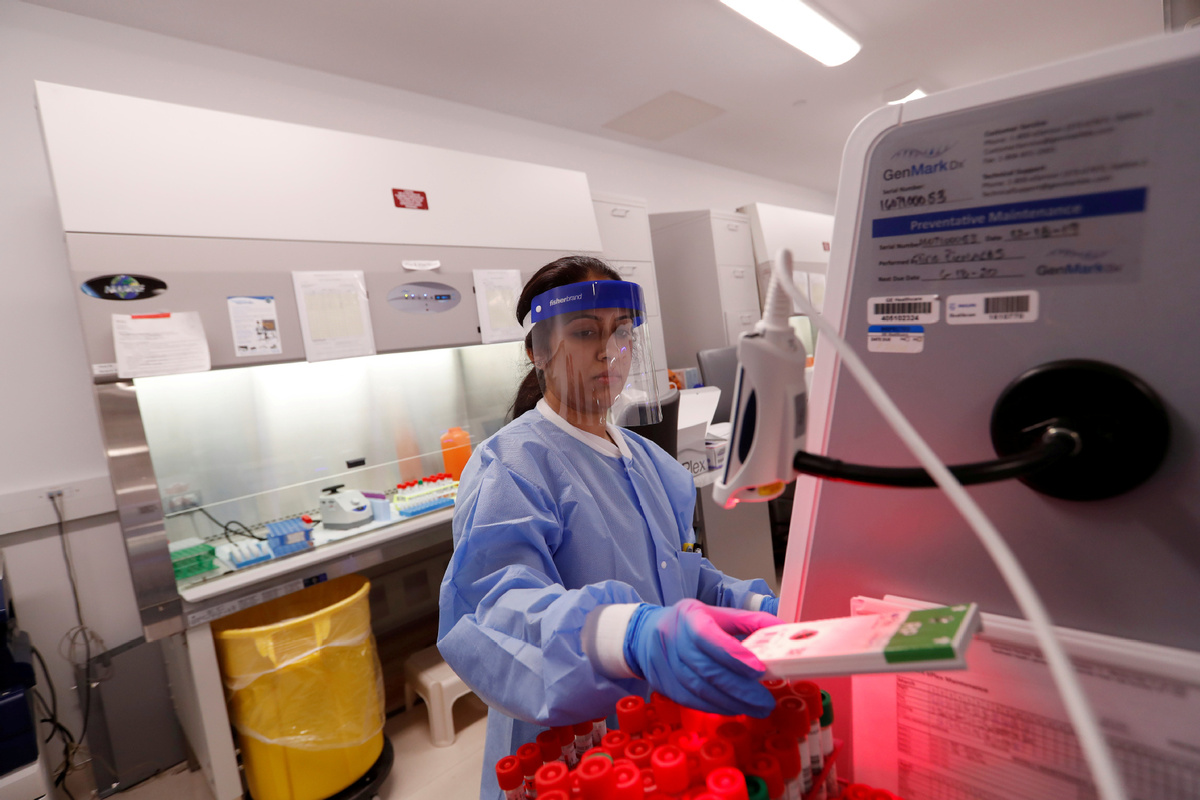 FILE PHOTO: A medical technologist tests a respiratory panel at Northwell Health Labs, where the same test will be used on the COVID-19, the disease caused by the novel coronavirus, after being authorized to begin semi-automated testing by the US Food and Drug Administration (FDA) in Lake Success, New York, US, March 11, 2020. (Photo: Agencies)

WASHINGTON - US President Donald Trump said Sunday that the country is stepping up developing treatments for COVID-19 patients, including experiment on antimalarial drug hydroxychloroquine and a blood-related therapy.

Addressing a White House briefing, Trump said that hydroxychloroquine is being administered to 1,100 patients in New York along with Z-Pak, which is azithromycin.

"It's very early yet. It only started two days ago. But we will see what happens," he said.

The US Food and Drug Administration (FDA) is also allowing the emergency use of a blood-related therapy, called convalescent plasma, as an experimental treatment for seriously ill patients, Trump said.

The therapy involves taking blood plasma from people who have recovered from COVID-19. The sick patients will be transfused with the blood taken to boost their immune systems, according to Trump. The early results are good, he added.

Convalescent plasma that contains antibodies to SARS-CoV-2, the virus that causes COVID-19, is possibly effective against the infection, the FDA said in a news release.

The country is also looking at an approval for sterilization of masks, Trump said.

To push more and faster testing, the FDA authorized a new test on Friday that delivers results in as quickly as five minutes.

The test by US medical devices company Abbott Laboratories could deliver positive results in as little as five minutes and negative results in 13 minutes. The company said it expects to deliver 50,000 tests per day, beginning next week.

The United States is unleashing every tool quickly in order to vanquish the virus, Trump said.

Trump also announced that the federal social distancing guidelines will be extended to April 30. The death rate in the country is likely to peak in two weeks, he said.

Trump said he hopes the country will be on its way to recovery by June 1.