US still seeking agreement from Mexico on return of asylum seekers 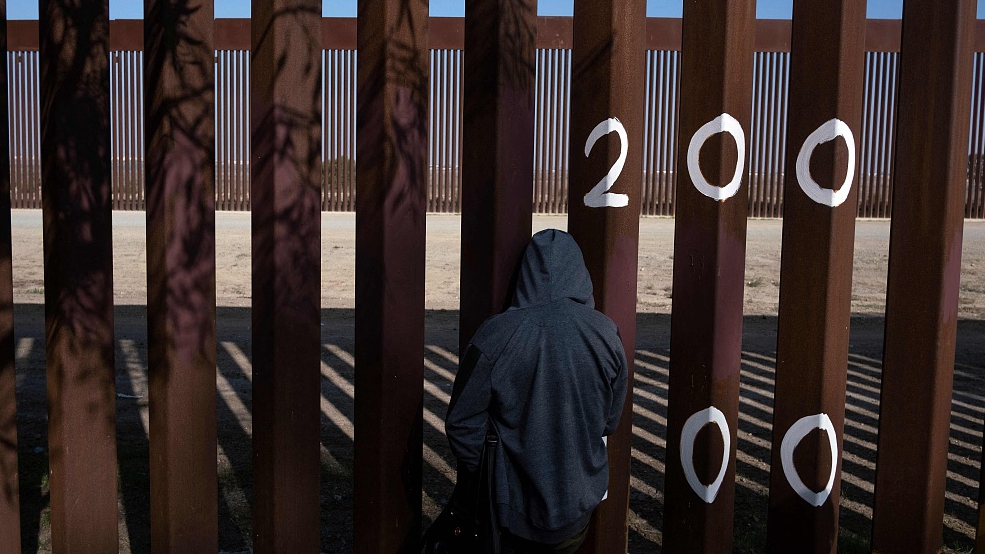 A migrant from Michoacan state looks on through the border fence during a performance to raise awareness on the numbers of migrants dead on the border on the Day of the Dead at the Mexican side of the U.S.-Mexico border in Tijuana, Baja California state, Mexico, November 2, 2021. (Photo: CFP)

The Biden administration and Mexico have not yet agreed to restart a Trump-era program obliging asylum seekers to await U.S. court hearings in Mexico, because certain conditions must first be met, two Mexican officials said on Wednesday.

News outlet Axios reported earlier that returns under the program officially known as the Migrant Protection Protocols (MPP) could restart as soon as next week. But one of the Mexican officials said agreement was unlikely to be reached this week.

The U.S. Department of Homeland Security said in a statement it was working to resume the program "as promptly as possible" but could not do so without Mexico's agreement.

The two Mexican government officials, speaking on condition of anonymity, said talks were ongoing to determine under what terms the United States could begin returns.

Mexico is insisting Washington provide more support against COVID-19 for migrants, such as vaccinations, more legal aid for asylum seekers, and acceleration of hearings for those taking part in the returns program, one senior Mexican official said.

During bilateral negotiations, Mexico has sought to ensure that new returns are carried out in a more controlled fashion, and that particularly vulnerable migrants and unaccompanied minors are excluded, the Mexican officials said.

In its report, Axios said the Biden administration would give asylum seekers the option of receiving a COVID-19 vaccine.

Although Biden has sought to reverse some Trump-era immigration measures, he has kept in place a sweeping expulsion policy initiated at the beginning of the COVID-19 pandemic.

That policy turns most migrants caught crossing the border away without giving them a chance to apply for asylum at all.