NEW YORK, July 12 (Xinhua) - US stocks ended higher on Friday, ending the week on a strong note, amid broad optimism on potential rate cuts and decent US producer prices. 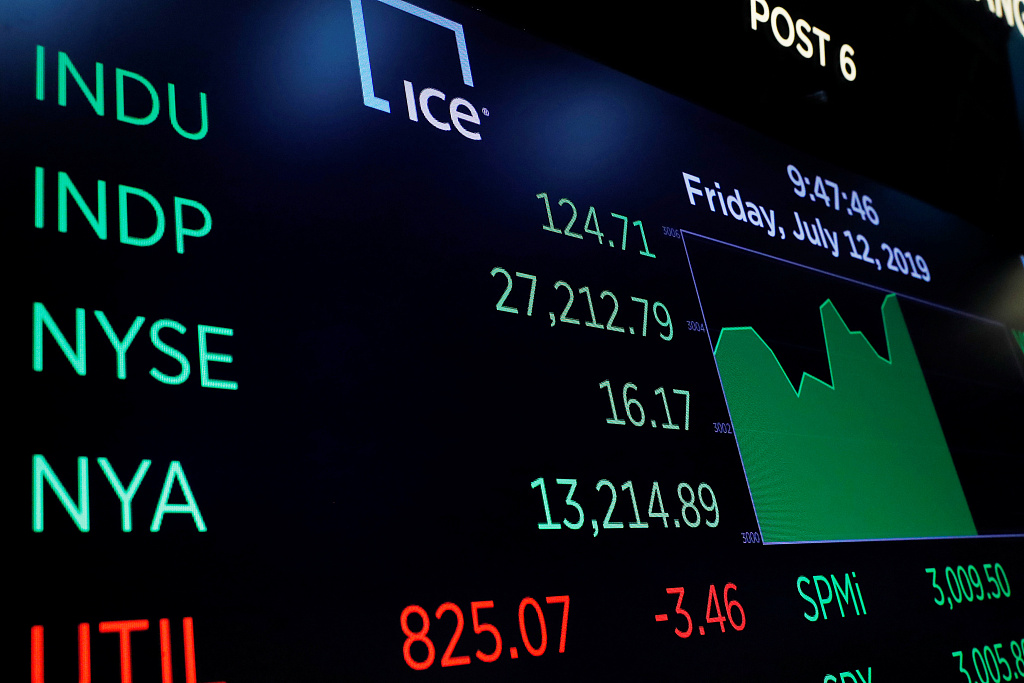 Shares of Illumina plunged over 16.1 percent, after the US biotechnology giant scaled down its full-year revenue guidance to a growth rate of 6 percent. The company also said its second-quarter revenue will come shy of market expectations.

Shares of Deutsche Bank rose over 2.5 percent, after Swiss investment bank UBS upgraded the German bank from "sell" to "neutral," saying the latter's restructuring plan would be backed by home regulator, which led to a more "balanced risk/reward" scenario.

Eight of the 11 primary S&P 500 sectors traded higher around market close, with the industrials sector up nearly 1.7 percent, leading the gainers.

During his second day of testimony on Thursday, Fed Chair Jerome Powell reiterated that the central bank will always do "what's right for the US economy" and called for the Congress to raise debt limit in a timely manner.

On the economic front, US producer price index rose 0.1 percent in June, the same increase as in May, said the Bureau of Labor Statistics on Friday.

The index rose 1.7 percent for the 12 months ended in June, the lowest rate of increase since it advanced 1.7 percent in January 2017, dragged down by the 3.1-percent drop in the index for energy for the month.