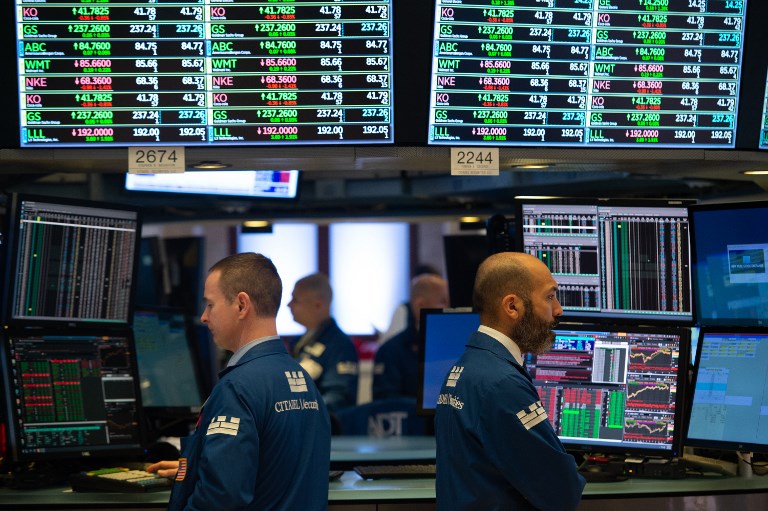 Traders work on the floor at the closing bell of the Dow Industrial Average at the New York Stock Exchange on May 8, 2018 in New York. (File photo: AFP)

The yield on the 10-year US Treasury bond rose to 3.21 percent a day after Federal Reserve meeting minutes signaled the US central bank expected to continue its pace of gradual interest rate hikes.

Worries that higher US interest rates will slow the American economy were a factor in a brutal two-day stock market rout last week. US stocks engineered a big rally on Tuesday, but fell Wednesday and appeared to be heading to more losses on Thursday.

Analysts are also eyeing signs of deterioration in negotiations between the US and European Union on a trade agreement.

US Commerce Secretary Wilbur Ross told reporters in Brussels that Trump's "patience was not unlimited" after his EU counterpart accused Washington a lukewarm attitude to the trade talks.

But EU Trade Commissioner Cecilia Malmstroem on Wednesday said the US "has not shown any big interest" in pursuing the trade deal and "the ball is in their court."