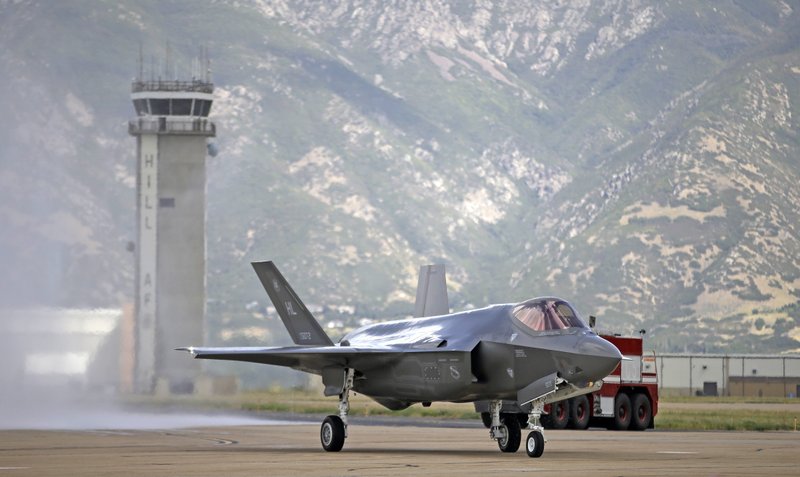 After months of warnings, the United States has stopped delivery of F-35 fighter jet parts to Turkey in retaliation for Ankara’s decision to move ahead with the purchase of a Russian surface-to-air missile system, the Pentagon said Monday.

Top US government leaders have repeatedly threatened to shut down Turkey’s plan to buy the F-35 advanced fighter aircraft if Turkey didn’t abandon efforts to buy the S-400 Russian system. Halting the delivery of parts and manuals needed to prepare for the aircraft’s planned delivery this summer is the first step toward ending the actual aircraft sale.

“The United States has been clear that Turkey’s acquisition of the S-400 is unacceptable,” said acting Pentagon spokesman Charles Summers Jr. “Until they forgo delivery of the S-400, the United States has suspended deliveries and activities associated with the stand-up of Turkey’s F-35 operational capability. Should Turkey procure the S-400, their continued participation in the F-35 program is at risk.”

The US move comes just days after Turkey’s foreign minister said his country was committed to the deal to buy the Russian system and was discussing delivery dates.

American defense and military leaders have said that unless Turkey, a NATO ally, reconsidered its purchase of the S-400, it would forfeit other future American military aircraft and systems. The US and other NATO allies have repeatedly complained about the purchase, saying it is not compatible with other allied systems and would represent a threat to the F-35.

During a Capitol Hill hearing last month, US Gen. Curtis Scaparrotti, the top NATO general, said his best military advice would be that the US not work with an ally that’s acquiring Russian systems that can threaten one of the American military’s most advanced capabilities. Officials have also expressed concerns that Turkey’s acquisition of both US and Russian systems could give Moscow access to sophisticated American technology and allow it to find ways to counter the F-35.

“I’m pleased to see that the Pentagon is heeding our calls to stop the transfer of F-35 related equipment to Turkey,” said US Sen. Chris Van Hollen, D-Md. “Turkey operating both the S-400 missile and the F-35 is a non-starter. It puts our national security at risk and undermines our NATO allies.”

The US had agreed to sell 100 of its latest, fifth-generation F-35 fighters to Turkey, initially planning to deliver the two aircraft to Turkey in June.

Summers said that although Washington continues to talk with Turkey about the matter, the Pentagon has begun taking necessary steps to find other sources of supply for the Turkish-produced parts of the F-35. The department, he said, is taking prudent steps to protect the supply chain and the shared investments in the aircraft technology.

Pentagon leaders have warned that ending Turkey’s participation in production would likely force other allies to take on that role and could delay aircraft delivery.

US leaders have pressed Turkey to buy an American-made air defense battery, and in December the State Department approved the sale of a $3.5 billion US Patriot system to Ankara.

Turkey’s foreign minister said Friday his country was committed to buying the Russian missile defense system. Speaking at a joint news conference with his Russian counterpart, Sergey Lavrov, in the Mediterranean coastal city of Antalya, Foreign Minister Mevlut Cavusoglu ruled out the possibility of Turkey selling the S-400s to another country as suggested by some analysts as a compromise solution.

“As a principle, it is contrary to international laws for a third country to oppose an agreement between two countries,” Cavusoglu said. “We are committed to this agreement. There can be no such thing as selling to a third country. We are buying them for our own needs.”

Cavusoglu also insisted Turkey had met all of its obligations concerning the F-35 program.