WORLD US strategy to counter China in Pacific ineffective, self-defeating: The Guardian

US strategy to counter China in Pacific ineffective, self-defeating: The Guardian 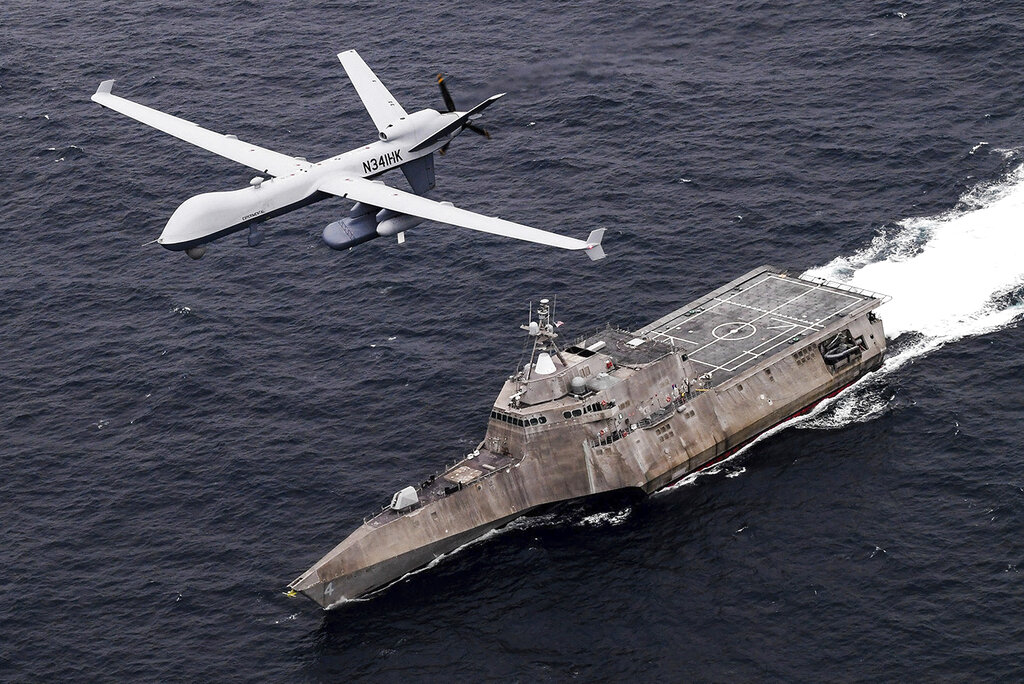 In this handout image from the U.S. Navy, an MQ-9 Sea Guardian unmanned maritime surveillance drone flies over the USS Coronado in the Pacific Ocean during a drill April 21, 2021. (Photo: AP)

LONDON, Sept. 9 (Xinhua) -- The Biden administration's proposal to spend as much as 1 billion U.S. dollars annually in some Pacific island nations as part of efforts to counter China is a flawed foreign policy initiative likely to fail, The Guardian said in a report on Tuesday.

"The proposed initiatives seek to make the region a U.S. strategic priority by employing programs largely divorced from on-the-ground realities, an approach that will probably prove ineffective at best and self-defeating at worst," the report said.

The explicit purpose of the U.S. increased engagement is to counter challenges by China to U.S. preeminence in the Pacific and beyond, it said, noting that it is problematic because it is motivated by security concerns not necessarily shared by island leaders, who see climate change, not China, as the major threat to Pacific futures.

The initiatives are also conceived in zero-sum terms, designed to undermine Chinese influence rather than addressing the critical needs and priorities of island nations themselves, the report added.

"Island leaders do not want to be forced to choose between China and the United States, or to be played as pawns. Rather they wish to chart their own course," it said.

The U.S. efforts to integrate Pacific island states into the hard and soft power dimensions of its strategy accelerate the militarization of the region, placing some island nations at greater risk in the event of conflict, the report noted.