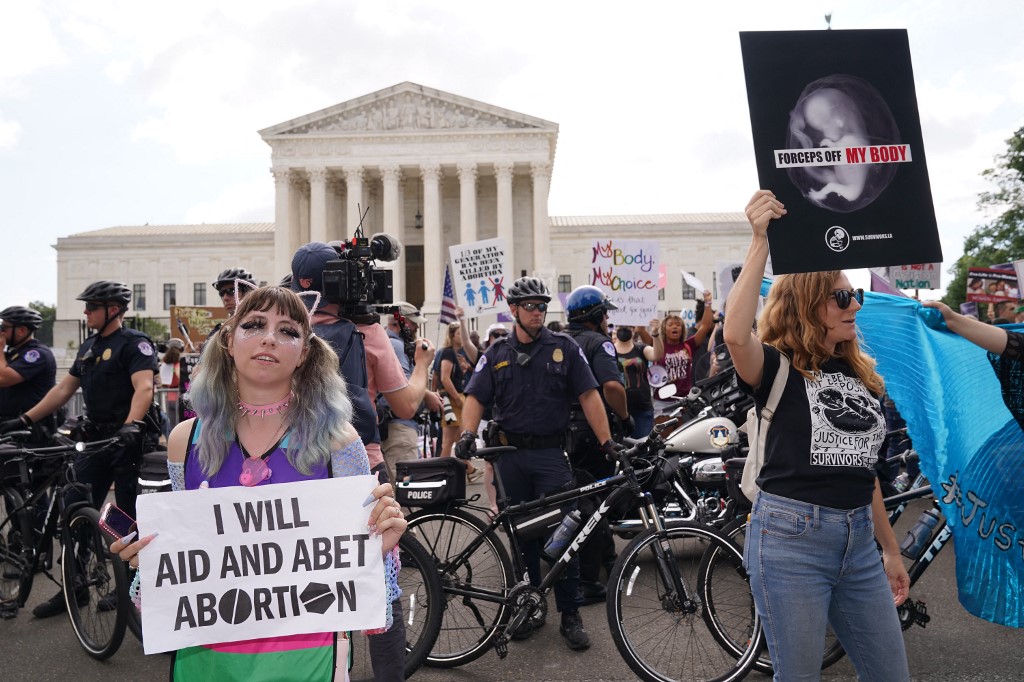 Pro-choice demonstrators gather outside the US Supreme Court in Washington, DC, on June 24, 2022. (Photo: AFP)

The US Supreme Court on Friday ended the right to abortion in a seismic ruling that shreds half a century of constitutional protections on one of the most divisive and bitterly fought issues in American political life.

The conservative-dominated court overturned the landmark 1973 "Roe v Wade" decision that enshrined a woman's right to an abortion and said individual states can permit or restrict the procedure themselves.

"The Constitution does not confer a right to abortion; Roe and Casey are overruled; and the authority to regulate abortion is returned to the people and their elected representatives," the court said.