US Supreme Court justice Ruth Bader Ginsburg is perhaps the most forthcoming member of the Supreme Court when it comes to telling the public about her many health issues. But she waited more than four months to reveal that her cancer had returned and that she was undergoing chemotherapy. 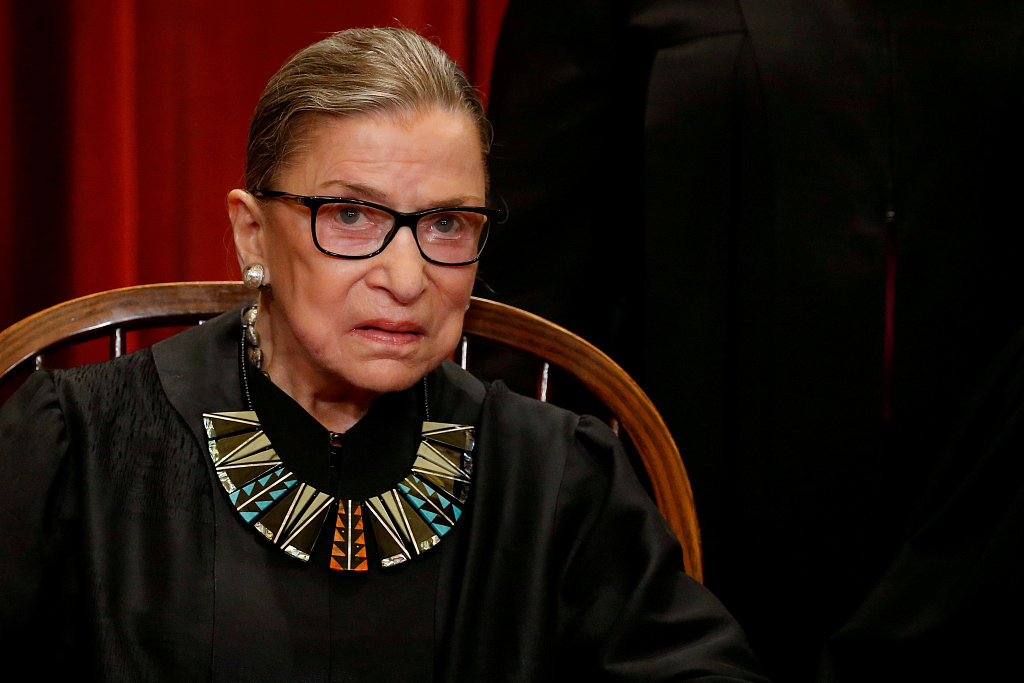 One big difference from her past battles with cancer is that Ginsburg and the rest of the court have been out of the public eye since early March because of the coronavirus pandemic. That’s when they decided to close the building except for official business, then later postponed arguments and agreed to meet by telephone.

In some ways, the court was more accessible to the public than ever with its decision to provide live audio of telephone arguments in May. But the inability to see the justices and, after arguments concluded on May 13, hear them, made what went on in the late spring and early summer even harder to read than usual.

In an institution that zealously guards the justices’ privacy, only a justice can decide when an injury or illness should be made public. And because life tenure comes with the job, it’s also up to them alone to decide when to retire.

Ginsburg, who was in and out of the hospital last week, said she intends to remain on the court, a decision that likely was influenced by the conservative nominee President Donald Trump would put up to replace her if she were to retire.

“If there is one iron rule that the court tries to follow more than any other, it is that the justices do all that they can to protect their institution from political attacks during presidential election years when public scrutiny of government is heightened. Ginsburg may simply be trying, to the extent she can, to protect the court and herself, from becoming a campaign issue in 2020,” said Artemus Ward, a political scientist at Northern Illinois University who has written about the politics of court retirements.

Ginsburg started receiving chemotherapy in May, a time of year when the justices typically take the bench at least once a week to announce decisions, and when the public can observe them in the courtroom.

Similarly, Chief Justice John Roberts suffered a forehead injury that required stitches on Father’s Day. In a normal year, the court would have met in public the next day and Roberts' wound would have been easy to see.

Instead, opinions were released electronically, as they were throughout the spring and early summer. Only after inquiries from The Washington Post did the court confirm that Roberts had taken a fall that kept him in the hospital overnight.

Ginsburg issued a statement on July 17 saying that a medical scan in February revealed lesions on her liver, which a subsequent biopsy determined were cancerous. She declined an interview request from The Associated Press.

The lesions are the fifth time Ginsburg has dealt with cancer since 1999, when she first underwent surgery for colorectal cancer. Surgeries for tumors on her pancreas and lung took place in 2009 and 2018, respectively, and Ginsburg underwent radiation therapy for a new growth on her pancreas last year.

By Supreme Court standards, Ginsburg was downright speedy in her most recent public announcement. Justice Anthony Kennedy, who retired in 2018, said nothing publicly when he had a stent inserted to restore blood flow in an artery after experiencing mild chest pain in 2005. The court revealed the procedure 10 months later, when Kennedy returned to the hospital to have the stent replaced.

In July 2007, Roberts suffered a seizure while on vacation in Maine. The court issued an initial statement little more than an hour after the incident, saying only that Roberts had fallen and was taken to a hospital. Several hours later, the court confirmed that he had suffered a seizure, but has never provided details of what tests Roberts underwent or whether he was prescribed medication. He had a similar episode in 1993, long before he was a justice. The court said doctors had ruled out a seizure in the June fall.

Only after Justice Antonin Scalia’s death in 2016 did the public learn that he had coronary artery disease, diabetes, chronic obstructive pulmonary disease, sleep apnea, high blood pressure and several other ailments that probably contributed to the heart attack that killed him, according to his doctor.

“The lack of health information about individual justices is a glaring problem. Declining, even incapacitated, justices hold their offices until they die. And because justices play politics with their departure decisions, trying to retire under a politically favorable president and Senate if possible, the court’s history has been filled with declining justices who compromised the court’s work because they refused to depart for political or personal reasons,” Ward said.

Like other Americans, Supreme Court justices live and work with a range of ailments. Justice Sonia Sotomayor has had diabetes since childhood. Also, both she and Justice Stephen Breyer injured their shoulders so badly they needed replacement surgery. Sotomayor had a fall at home and Breyer suffered a bicycle accident. Both made prompt announcements of those incidents.

Her frail appearance may fool people, but Ginsburg has been remarkably resilient through her many health crises, which also have included broken ribs, infections and her own artery-clearing stent.

She had no surgery to remove the latest cancerous growth, and her treatment is ongoing. She has said she will receive doses of the chemotherapy drug gemcitabine every two weeks.

Ginsburg's statement came 10 days after she said another medical scan “indicated significant reduction of the liver lesions and no new disease.”

In that same period, the court also issued the last of its opinions and Ginsburg was in and out of the hospital for treatment of an infection that she said was unrelated to the cancer. She maintained that she kept up with opinion writing and all other court work throughout her treatment and hospital stays.