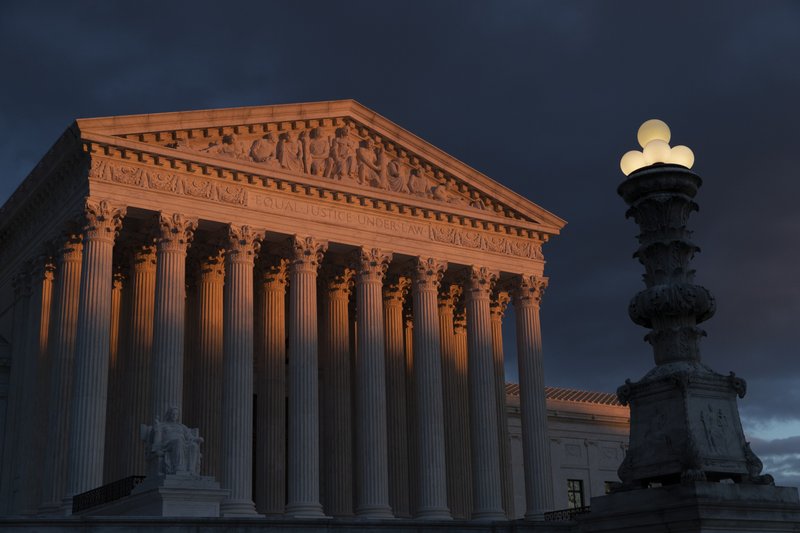 The US Supreme Court is seen at sunset in Washington. (Photo: AP)

The US Supreme Court on Friday blocked the Trump administration from restarting federal executions next week after a 16-year break.

Attorney General William Barr announced during the summer that federal executions would resume using a single drug, pentobarbital, to put inmates to death.

US District Judge Tanya Chutkan in Washington, D.C., temporarily halted the executions after some of the chosen inmates challenged the new execution procedures in court. Chutkan ruled that the procedure approved by Barr likely violates the Federal Death Penalty Act.

The federal appeals court in Washington had earlier denied the administration’s emergency plea to put Chutkan’s ruling on hold and allow the executions to proceed.

Federal executions are likely to remain on hold at least for several months, while the appeals court in Washington undertakes a full review of Chutkan’s ruling.

The Supreme Court justices directed the appeals court to act “with appropriate dispatch.”

Justice Samuel Alito wrote in a short separate opinion that he believes the government ultimately will win the case and would have set a 60-day deadline for appeals court action. Justices Neil Gorsuch and Brett Kavanaugh joined Alito’s opinion.

Justice Department spokeswoman Kerri Kupec said the legal fight would continue. “While we are disappointed with the ruling, we will argue the case on its merits in the D.C. Circuit and, if necessary, the Supreme Court,” Kupec said in a statement.

Four inmates won temporary reprieves from the court rulings. Danny Lee was the first inmate scheduled for execution, at 8 o’clock Monday morning. Lee was convicted of killing a family of three, including an 8-year-old.

The government had next planned on Friday to execute Wesley Ira Purkey, who raped and murdered a 16-year-old girl and killed an 80-year-old woman. His lawyers say Purkey is suffering from dementia and he has a separate lawsuit pending in federal court in Washington, D.C.

Then in January, executions had been scheduled for Alfred Bourgeois, who tortured, molested and then beat his two-and-a-half-year-old daughter to death, and Dustin Lee Honken, who killed five people, including two children.

A fifth inmate, Lezmond Mitchell, has had his execution blocked by the federal appeals court in San Francisco over questions of bias against Native Americans. Mitchell beheaded a 63-year-old woman and her 9-year-old granddaughter.