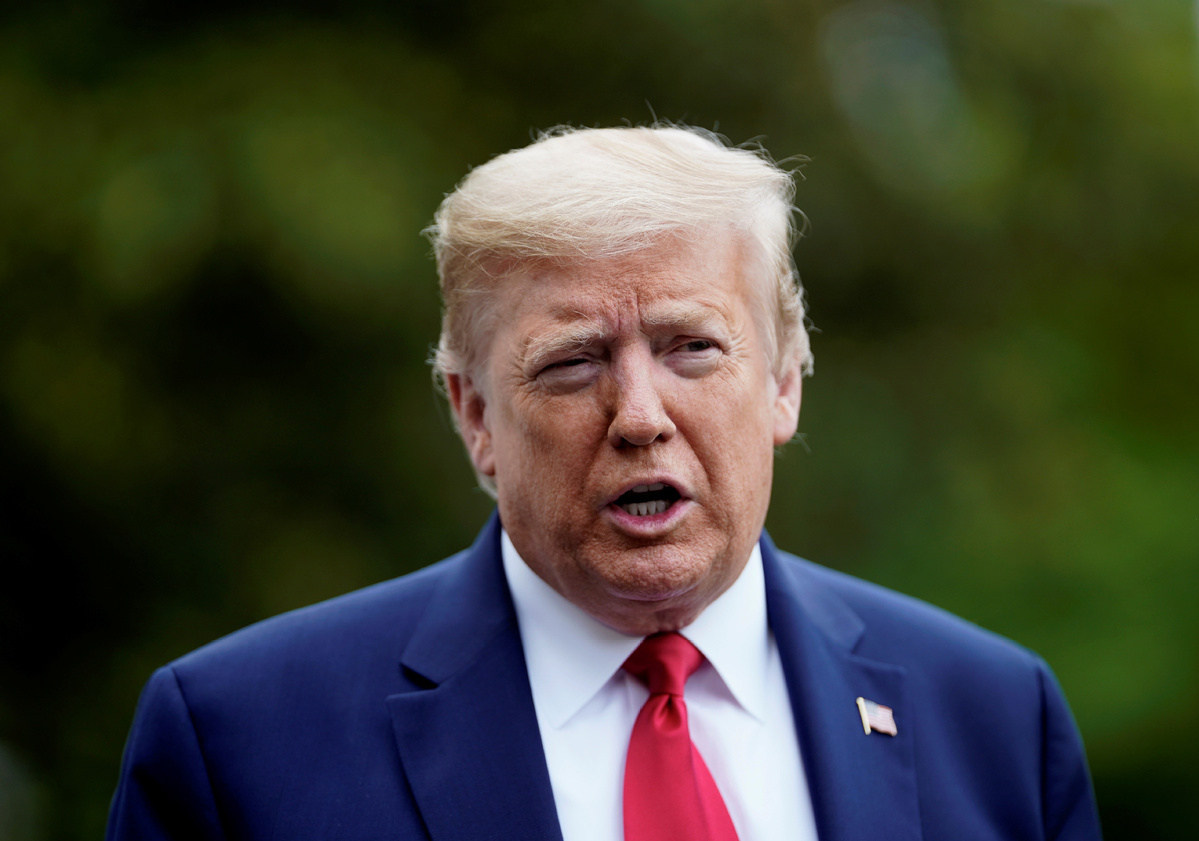 WASHINGTON - The US Supreme Court on Thursday blocked for now the Democrat-led House subpoenas on President Donald Trump's financial records while granting Manhattan prosecutors access to obtain them.

"Not fair to this Presidency or Administration!" Trump claimed on social media shortly afterwards.

Meanwhile, many Democrats feel disappointed since the decision probably means the president's financial records, including his tax returns, will be shielded from public scrutiny until after the November general elections.

The US Supreme Court now has five conservatives and four liberals. Both rulings were voted 7-2. Trump's two high court appointees, Justices Neil Gorsuch and Brett Kavanaugh, joined the majority in both cases.

The court ruled that Trump cannot block a subpoena for his financial records from Democratic Manhattan District Attorney Cyrus Vance since the president is not immune from criminal investigations and it's not a must for prosecutors to show a greater need than normal to obtain the records.

"President is neither absolutely immune from state criminal subpoenas seeking his private papers nor entitled to a heightened standard of need," Chief Justice John Roberts wrote in the majority opinion in the New York case.

The president "may raise further arguments as appropriate" in lower courts in an effort to keep Vance from obtaining his documents, Roberts added.

Meanwhile, the court declined to issue a definitive ruling on whether congressional committees can have access to Trump's financial records, throwing the issue back to lower courts.

"Without limits on its subpoena powers, Congress could 'exert an imperious control' over the Executive Branch and aggrandize itself at the President's expense, just as the Framers feared," Roberts wrote in the House case.

"The Supreme Court sends case back to Lower Court, arguments to continue. This is all a political prosecution. I won the Mueller Witch Hunt, and others, and now I have to keep fighting in a politically corrupt New York. Not fair to this Presidency or Administration!" Trump tweeted shortly after the court announced the rulings.

"Courts in the past have given 'broad deference'. BUT NOT ME!" Trump claimed on social media.

Following the ruling, Vance said his investigation, which was delayed for almost a year by the lawsuit, will now resume.

"This is a tremendous victory for our nation's system of justice and its founding principle that no one - not even a president - is above the law," Vance said.

Jay Sekulow, Trump's personal lawyer, said he was pleased that the "Supreme Court has temporarily blocked both Congress and New York prosecutors from obtaining the President's financial records. We will now proceed to raise additional Constitutional and legal issues in the lower courts."

Trump's lawyers had asked the court to block both sets of subpoenas, which had sought records from Trump's accounting firms and bankers, not from the president himself, arguing that the president was immune from all criminal proceedings and investigations so long as he remained in office and that Congress was powerless to obtain his records because it had no legislative need for them.

House Democrats and Manhattan prosecutors said the records may shed light on Trump's foreign entanglements, possible conflicts of interest, whether he has paid his taxes and whether his hush money payments violated campaign finance laws.

On the 2016 presidential campaign trail, Trump repeatedly promised to release his tax returns after audit. Shortly after Trump's inauguration in January, 2017, Kellyanne Conway, senior counselor to Trump, told U.S. media that Trump would not release his tax returns, claiming U.S. voters were indifferent to the issue.

While U.S. presidents are not required to release their tax returns, nearly all U.S. presidents had voluntarily released them since 1970s. Many tax experts have said Trump is not barred from releasing the information during the audit.