US suspect trains children for school shooting at squalid compound

HOUSTON, Aug. 8 -- A suspect arrested in the southwestern U.S. state of New Mexico was training children to commit school shootings at a squalid compound, according to court documents released on Wednesday. 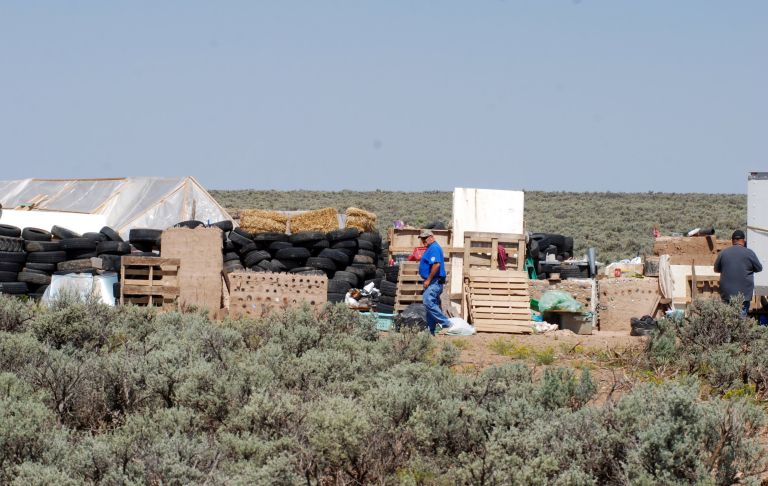 Eleven children aged one to 15 were found living on the compound in filthy conditions (Photo: AP)

The documents said that a foster parent of one of the children said the suspect trained his child to use an assault rifle in preparation for future school shootings.

If Siraj Ibn Wahhaj, the 39-year-old defendant, was released from custody, there is substantial likelihood that he may commit new crimes due to his planning and preparation for future school shootings, said the documents.

The documents did not provide more details about the alleged training, but loaded firearms were found at the compound, according to police.

Local authorities rescued 11 children and teens, aged 1 to 15 years, last week from the compound, and found remains of an unidentified boy, believed to be the missing son of the suspect, earlier this week.

Wahhaj's three-year-old boy suffered from seizures and was reported missing in December 2017 after Wahhaj took him to a park.

Wahhaj was arrested with four other adults including his wife and sisters at the compound and charged with child abuse.