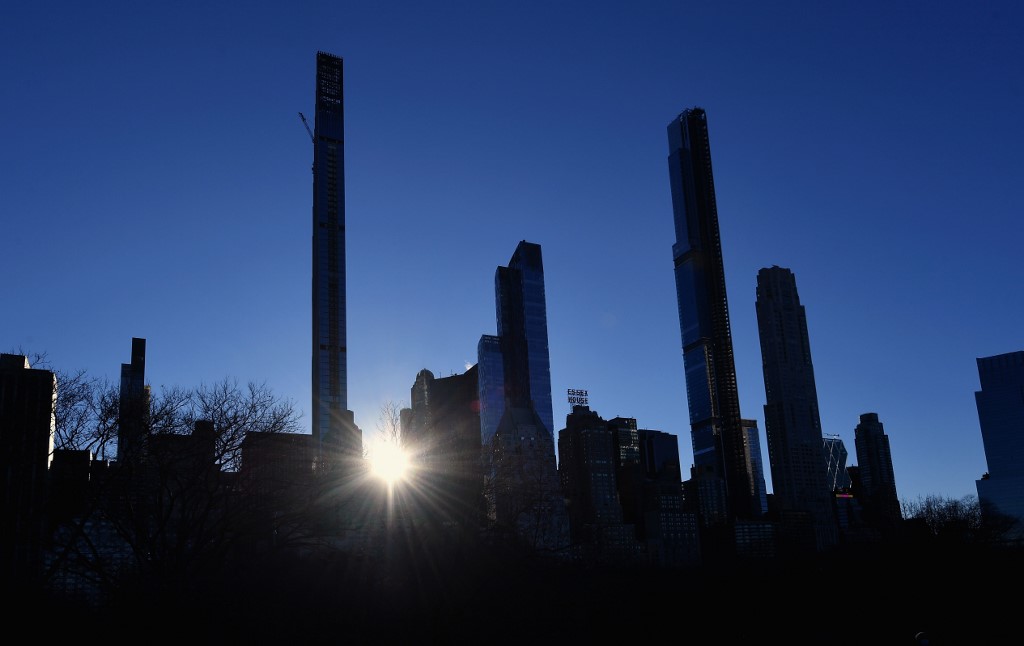 The sun sets behind buildings at Central Park on January 7, 2021 in New York City. (Photo: AFP)

The additional 25-percent tariffs on certain French products were announced in July 2020 in response to France's DST that impacts major U.S. technology companies, and were scheduled to go into effect on Wednesday.

"The U.S. Trade Representative has decided to suspend the tariffs in light of the ongoing investigation of similar DSTs adopted or under consideration in ten other jurisdictions. Those investigations have significantly progressed, but have not yet reached a determination on possible trade actions," the USTR's Office said Thursday in a statement.

The move came after the United States on Wednesday claimed that DSTs adopted by India, Italy and Turkey discriminate against American companies without taking any tariff actions.

"USTR is not taking any specific actions in connection with the findings at this time but will continue to evaluate all available options," the USTR's Office said Wednesday.

In June 2020, the United States initiated Section 301 investigations into DSTs considered by 10 U.S. trading partners, including the European Union, Brazil and India.

The so-called Section 301, under an outdated U.S. trade law adopted in 1974, allows the U.S. president to unilaterally impose tariffs or other trade restrictions on foreign countries.

The global trading community has become increasingly concerned that the U.S. government's frequent use of Section 301 would go against the World Trade Organization rules, undermine the multilateral trading system and disrupt the global supply chain.