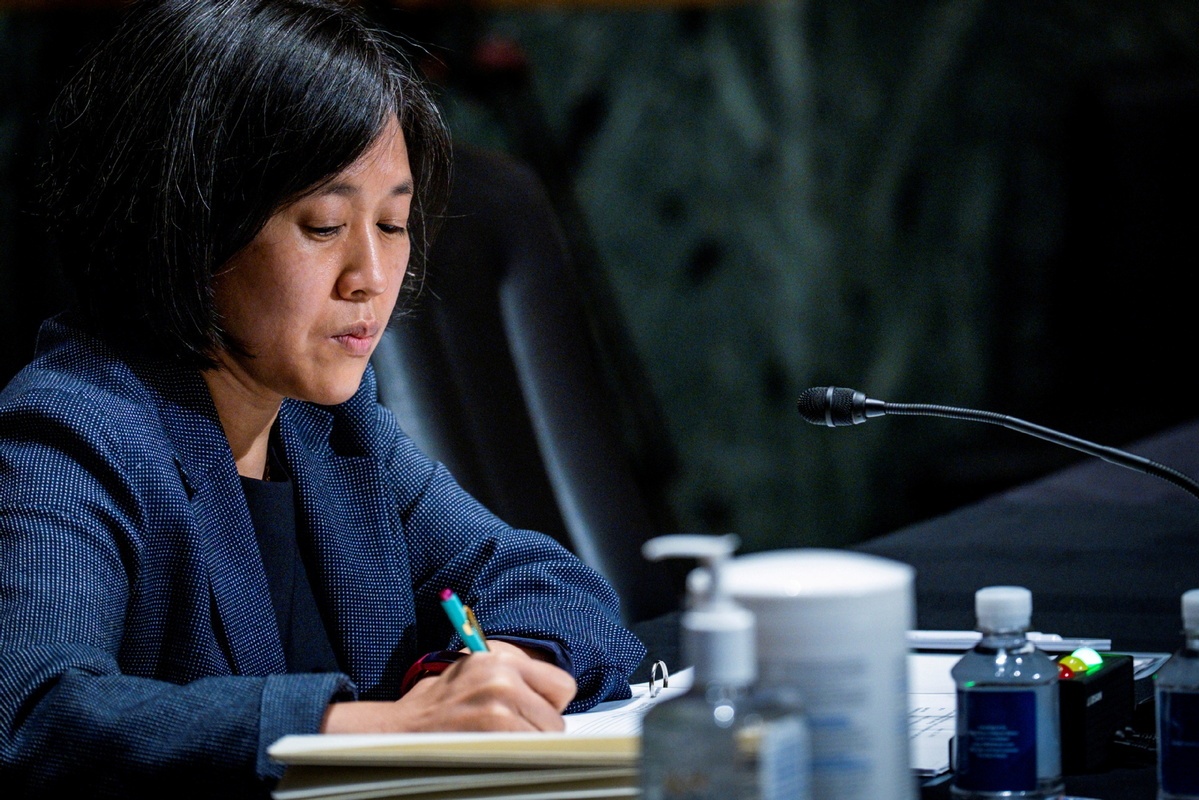 FILE PHOTO: US Trade Representative Katherine Tai testifies before the Senate Finance Committee on Capitol Hill in Washington, US, May 12, 2021. (Photo: Agencies)

WASHINGTON - The United States on Wednesday announced that it will impose tariffs on certain goods from Austria, Britain, India, Italy, Spain and Turkey over disputes on Digital Service Taxes (DSTs), while noting that it will suspend tariffs for six months for multilateral negotiations.

United States Trade Representative (USTR) Katherine Tai said in a statement that the final determination in the one-year Section 301 investigations of DSTs adopted by the six countries is to impose additional tariffs on certain goods from these countries.

Tai, however, noted that the United States will suspend the tariffs for up to 180 days to provide "additional time" to complete the ongoing multilateral negotiations on international taxation.

"The United States remains committed to reaching a consensus on international tax issues through the OECD (Organization for Economic Cooperation and Development) and G20 (Group of Twenty) processes," Tai said.

"Today's actions provide time for those negotiations to continue to make progress while maintaining the option of imposing tariffs under Section 301 if warranted in the future," said the USTR.

In June 2020, the United States initiated Section 301 investigations into DSTs considered by 10 US trading partners, including the European Union, Brazil and India.

In January this year, the USTR decided to suspend proposed additional 25-percent tariffs on about 1.3 billion US dollars worth of French products amid DSTs dispute, "in light of the ongoing investigation of similar DSTs adopted or under consideration in ten other jurisdictions."

Also in January, USTR determined that the DSTs adopted by Austria, Britain, India, Italy, Spain, Turkey discriminated against US digital companies, were inconsistent with principles of international taxation, and burdened US companies.

In March, USTR announced proposed trade actions in these six investigations, and undertook a public notice and comment process. USTR also terminated the remaining four investigations (of Brazil, the Czech Republic, the European Union, and Indonesia) "because those jurisdictions had not implemented the DSTs under consideration."