US Syria envoy says US to contest Iran activities in region 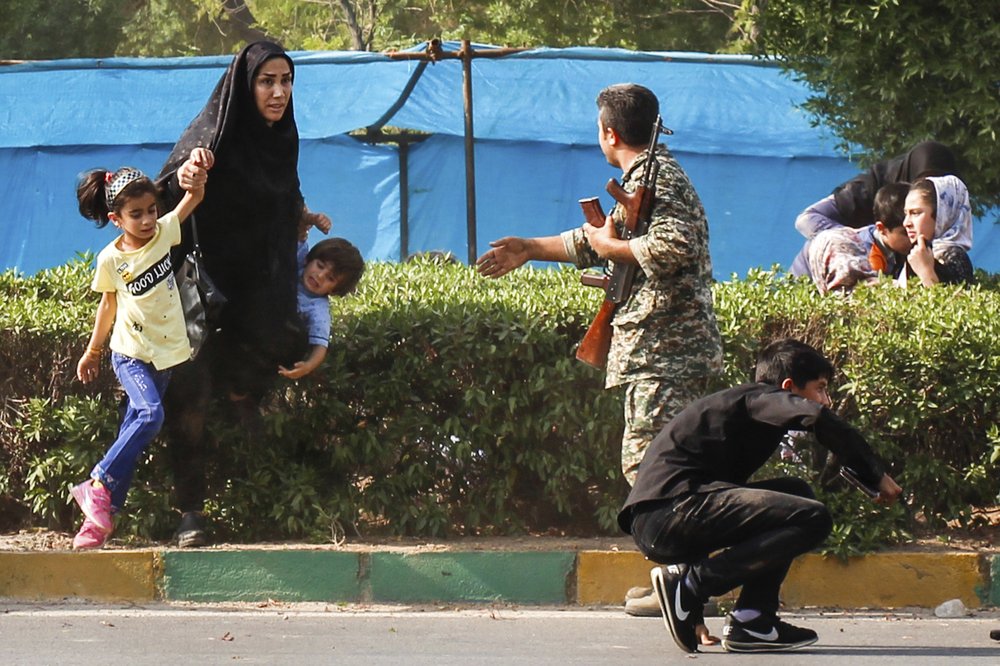 Washington will focus on pressuring Iran financially and contesting its activities in Syria, Iraq and Yemen where the Persian nation enjoys broad influence, the U.S. envoy to Syria said Wednesday, adding that Tehran should eventually withdraw all Iran-commanded forces from Syria.

Ambassador James Jeffrey told a group of journalists via a telephone conference that Iran’s 2015 nuclear deal with world powers that President Donald Trump pulled America out of in May had a bad effect on Iran’s behavior that “accelerated its activities.”

Iran enjoys influence in several countries in the region where it backs well-armed militias that are deployed in Syria, Iraq, Lebanon and Yemen. Speaking about Iran’s future in Syria, Jeffrey said: “Iranians are part of the problem not part of the solution.”

Jeffrey expressed concerns about Russia’s delivery last month to Syria of the sophisticated S-300 air defense systems, weeks after the downing of a Russian plane by Syria forces responding to an Israeli air strike, a friendly fire incident that stoked regional tensions.

“We are concerned very much about the S-300 system being deployed to Syria. The issue is at the detail level. Who will control it? what role will it play?” Jeffrey said.

“In the past, Russia has been permissive in consultations with the Israelis about Israeli strikes against Iranian targets inside Syria,” he said. “We certainly hope that that permissive approach will continue.”

Jeffrey said Israel has an “existential interest in blocking Iran from deploying long-range power projection systems such as surface-to-surface missiles” and drones aimed at and used against Israel.

Israel rarely acknowledges attacks inside Syria but has said it would use military action to prevent weapons transfers to its enemies.

In September, an Israeli military official said the Jewish state has struck over 200 Iranian targets in Syria over the past 18 months. Since the delivery of the S-300 there has been no reports of Israeli airstrikes in Syria.

Jeffrey said that recent retreats by U.S.-backed fighters in eastern Syria against members of the Islamic State group besieged in a pocket near the Iraq border was “a tactical reverse.” He said “it’s nothing serious. The Daesh or ISIS forces there basically are still surrounded and reinforcements are coming in,” he said using terms to refer to IS.

IS launched several counteroffensives in recent weeks against the U.S.-backed Kurdish-led Syrian Democratic Forces who have been trying to take the area from the extremists since early September killing scores of them and capturing others. The counterattacks were carried out during sandstorms in the mostly desert area.

“One other reason for the reverse there was unusually bad and sustained weather that limited our use of air power which is very important for our fight against Daesh,” he said. “As the weather changes and as additional troops are introduced, I expect the situation will change and we’ll see advances against Daesh.”

He added that after IS is defeated, concerns about the group as an insurgent force will remain “and also ISIS’s ability to infiltrate back into areas as a terrorist force both in Iraq and in Syria in particular.”

Jeffrey said that when American officials say that U.S. troops will stay in Syria, “we say until the enduring defeat of ISIS,” which means to establish the conditions so that local forces, local populations and local governments can deal with IS as a terrorist or as an insurgent movement.