WORLD US-Taliban deal would see US pull troops from five bases: US envoy

US-Taliban deal would see US pull troops from five bases: US envoy

The US military is set to pull troops from five Afghan bases under a proposed deal with the Taliban, the US envoy leading talks with the insurgents said Monday, in some of the first confirmed details of a much-anticipated accord. 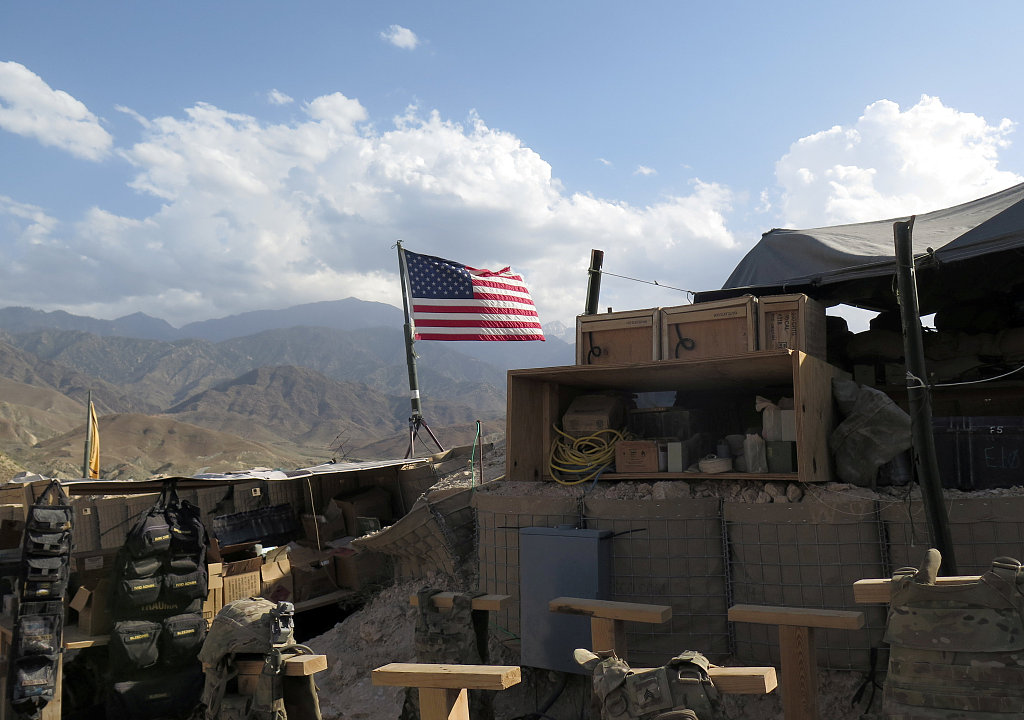 Zalmay Khalilzad, who has spent about a year negotiating with the Taliban, said the draw-down would occur within about four months of a final deal being approved -- provided the Taliban stick to their commitments.

"We have agreed that if the conditions proceed according to the agreement, we will leave within 135 days five bases in which we are present now," Khalilzad told Tolo News, according to an excerpt of an interview the Afghan TV station published on Twitter.

The Afghan-born envoy was speaking in Dari, and Tolo said the full interview would be broadcast later Monday.

Khalilzad was in Kabul following the latest round of talks with the Taliban in Doha, after which he said the two sides were at the "threshold" of a deal. He met Monday with Afghan President Ashraf Ghani and showed him the draft of a proposed agreement.

The prospective deal centres on US troop reductions in return for several security guarantees from the Taliban, as well as broader peace talks between the insurgents and the Afghan government and an eventual ceasefire.

Still, even if many of 13,000 or so US troops in Afghanistan leave soon after the deal, President Donald Trump last week said America would maintain a permanent presence -- with 8,600 troops initially -- even after a deal is reached with the Taliban.

Khalilzad's discussions with Ghani are key because the Afghan government has until now been largely sidelined from talks, though any eventual deal would require the Taliban to talk to the Afghan leader.

"The efforts of the US and other partners will yield results when the Taliban enters direct negotiations with the Afghan government," Ghani's spokesman Sediq Sediqqi told reporters.

"We hope these efforts will lead to an end to the conflict."

When asked to describe the deal, Sediqqi demurred, saying "the most important thing is that the Taliban's violence stops".

Afghanistan's Chief Executive Abdullah Abdullah said in a statement he too had been briefed and assured of "a thorough and sustainable peace in Afghanistan".

Ghani has appointed a 15-member delegation to meet with the Taliban at "intra-Afghan" talks slated to take place in Norway in the coming weeks.

On Sunday, Khalilzad said the US and the Taliban were closing in on a deal that would reduce violence and pave the way for "sustainable" peace.

But even as negotiations have entered their apparent final stage, violence has continued apace across Afghanistan.

On Saturday, the Taliban attempted to seize Kunduz in the north, and on Sunday, they launched an operation in the city of Pul-e Khumri, the capital of neighbouring Baghlan province.

Afghan officials on Monday said Pul-e Khumri had been cleared of Taliban fighters and fighting restricted to the outskirts.

Afghan forces, backed by local and US air power, were able to stop Kunduz falling and repel the Taliban, who briefly seized the city in 2015.

Afghan officials claimed Monday the city was back to normal but in the afternoon a suicide bomber detonated himself near a security-forces base in the outskirts of Kunduz, killing six troops and wounding 15 other people.

The Taliban claimed responsibility for the attack.

Meanwhile, the US-led NATO mission in Afghanistan said mechanical problems had caused a coalition drone to crash in Ghor province.

US Secretary of State Mike Pompeo has previously said he hoped a peace deal would be finalised before September 1, ahead of Afghan polls set for September 28.

Suhail Shaheen, the Taliban's spokesman in Doha, said Saturday a deal was "near to finalised" but did not specify what obstacles remain.

All of the last-minute deal-making comes less than a month before the presidential elections are due.

Despite Ghani's repeated insistence the polls will go ahead, many in Afghanistan are skeptical they will happen as planned.