WORLD US terminating 1955 Treaty of Amity with Iran: Pompeo

US terminating 1955 Treaty of Amity with Iran: Pompeo 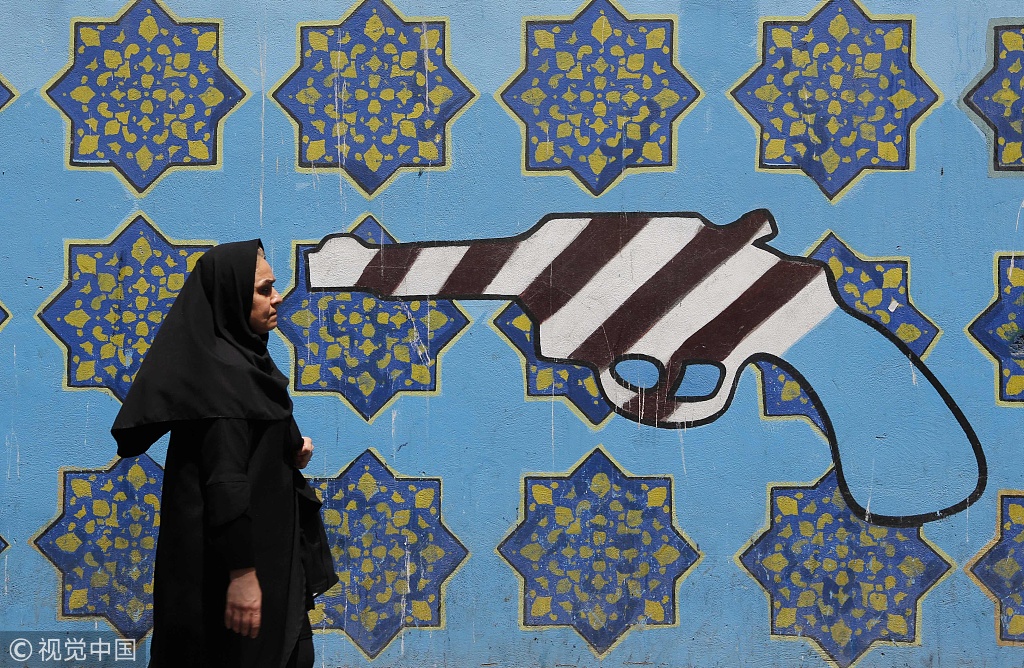 An Iranian woman walks by a mural on the wall of the former US embassy in the Iranian capital Tehran on August 7, 2018. (Photo: VCG)

WASHINGTON, Oct. 3 (Xinhua) -- US Secretary of State Mike Pompeo said here on Wednesday that the United States is terminating the 1955 Treaty of Amity with Iran.

Pompeo said at a press briefing that Iran is behind the current security threat to the U.S. missions in Iraq.

The United States will see the practical impact of pulling out of the treaty, he added.

On Wednesday, the Hague-based International Court of Justice (ICJ) ordered the United States to ensure that its sanctions against the Islamic republic will not affect the humanitarian condition or threaten civil aviation safety.

The verdict also said that the restoration of sanctions against Iran by the US President Donald Trump violate the terms of a 1955 Treaty of Amity between the two countries.