HOUSTON, March 17 (Xinhua) -- Governor of the US state of Texas Greg Abbott on Wednesday criticized the federal government's policy on migrant children arriving at the border between the state and Mexico. 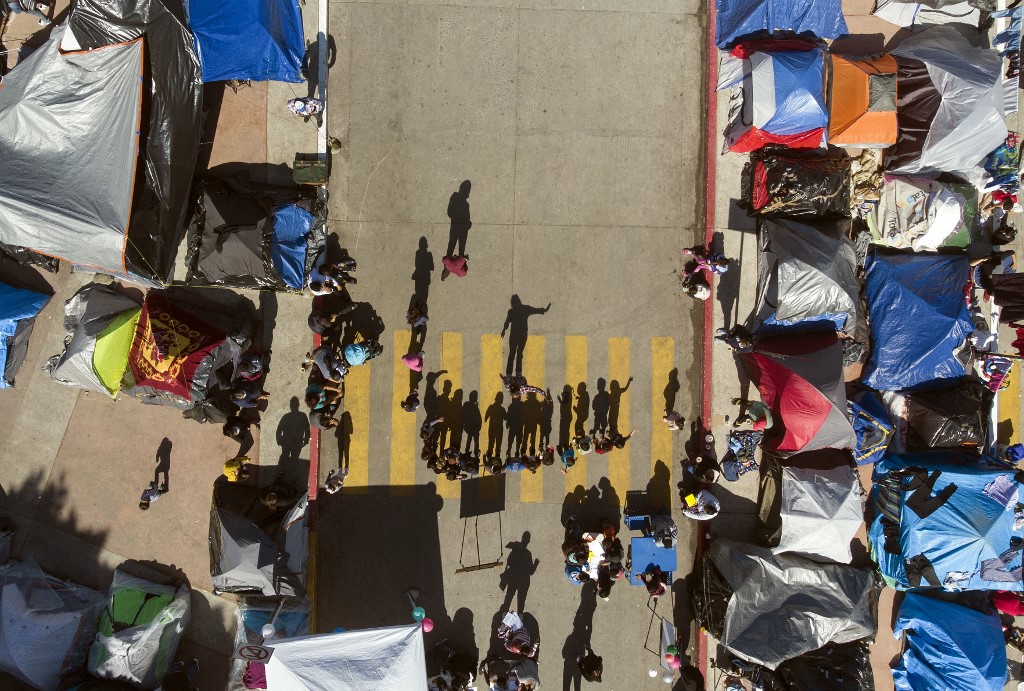 Aerial view of migrant children attending a class at a migrants camp where asylum seekers wait for US authorities to allow them to start their migration process outside El Chaparral crossing port in Tijuana, Baja California state, Mexico on March 17, 2021. (File photo: AFP)

"And I know from what's going on, on the ground, they were completely ill prepared for this," Abbott added, calling the increase of unaccompanied children arriving at the Texas border a "humanitarian crisis."

Abbott also expected the number of migrants arriving at the border to increase in the short term.

"The number of children you see have come across the border already is going to be a tiny fraction of what we will see in the coming months," Abbott said. "Texas is willing to step up and help out, but this is the Biden's administration responsibility."

The governor also said that the state government would increase its efforts to investigate and apprehend the human traffickers who help migrants illegally cross the border.

According to The Washington Post, the Biden administration is holding more than 4,200 teenagers and younger children in detention cells along the border designed for adults.