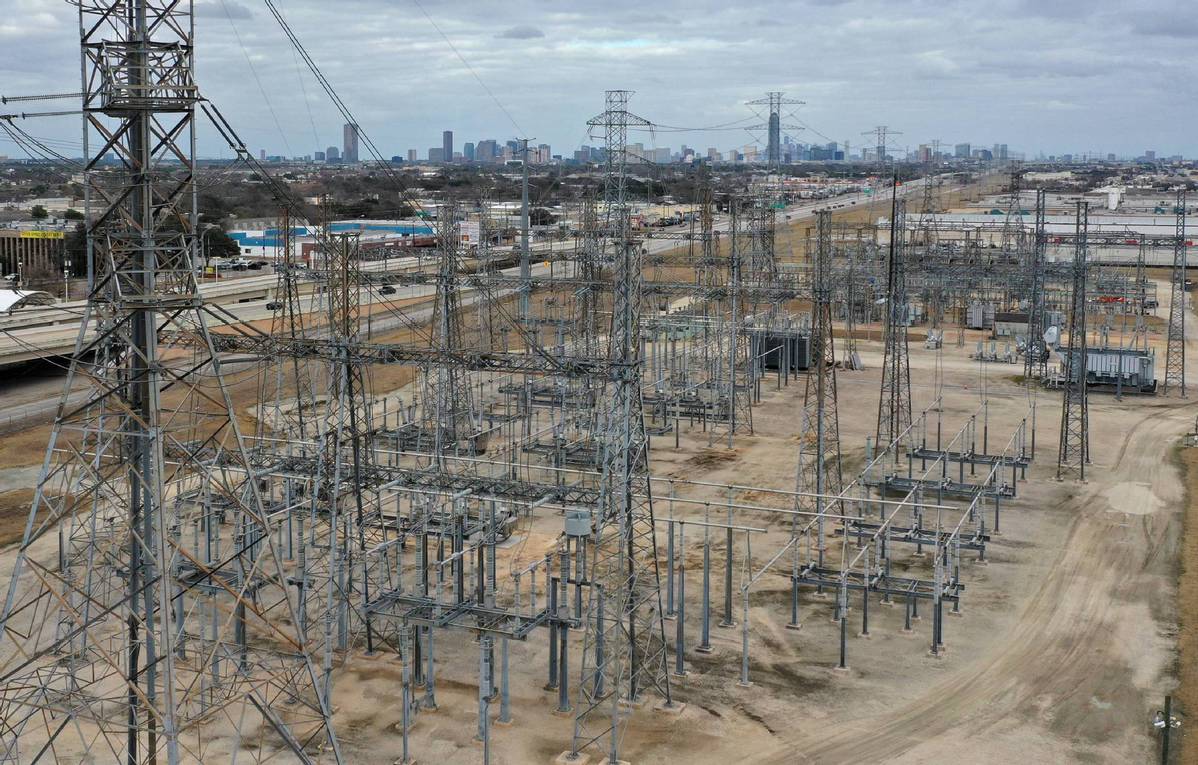 An aerial view of an electrical substation on Feb 21, 2021 in Houston, Texas. (Photo: Agencies)

HOUSTON - The southern US state of Texas is moving aggressively to probe the power grid fail and making sure massive blackout will not happen again, Governor Greg Abbott said in a statewide address Wednesday evening.

In a televised address at the State Emergency Operations Center located in the state capital of Austin, Abbott blamed the state's electric grid operator, the Electric Reliability Council of Texas (ERCOT), for false assurance.

"Before the storm hit, ERCOT repeatedly assured the state and the public that ERCOT was prepared. Those assurances turned out to be false," he said.

"We now know that power generator of all sources were not prepared for this severe winter weather. We have also learned that ERCOT operators should have acted quicker to stabilize the grid and to prevent power generators from being knocked offline," the governor said.

Abbott said he and other state officials have been working to investigate the incident and reform ERCOT.

Abbott also said that he has made it a legislative priority to mandate and to fund the winterization and stabilization of the Texas power infrastructure.

As for the spikes of electricity bills, the governor reiterated that the state is already investigating multiple electric providers about the issue.

Last week, an extended severe winter storm caused massive blackout in Texas, leaving millions in freezing temperatures and darkness for days. Dozens of deaths have been reported due to the extreme weather.