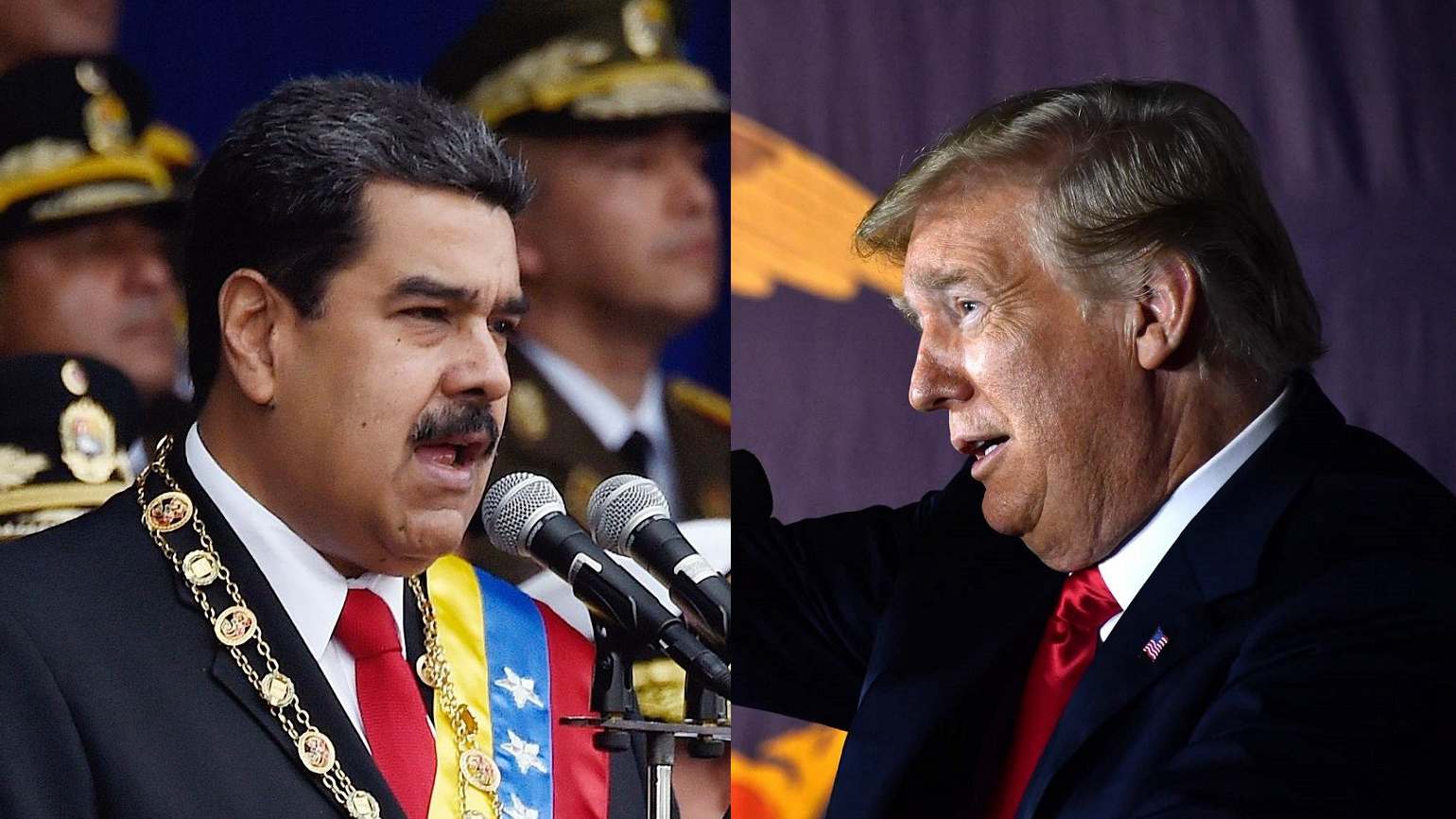 Relations between the United States and several Latin American countries have grown frosty in recent days, amid reports of planned coups and anger over diplomatic moves related to China.

Here is a quick recap of recent developments.

Revelations that US officials met with Venezuelan military officers to discuss overthrowing President Nicolas Maduro's government brought tensions between the two countries to a new high over the weekend.

The New York Times reported on Saturday that secret talks were held over the past year but eventually stalled.

Venezuela's Foreign Minister Jorge Arreaza quickly hit back on Twitter, denouncing "the intervention plans and support for military conspirators by the government of the United States."

This was just the latest spat to erupt between the two countries.

Washington has been critical of Maduro's government and its handling of a massive economic and humanitarian crisis engulfing the country. The US has also slapped several rounds of sanctions on Caracas and President Donald Trump even said last year his government did not rule out a "military option" to help end the chaos there.

Venezuela's government has now announced a massive march on Tuesday to protest the US coup plot.

The ambassadors to El Salvador and the Dominican Republic, as well as the charge d'affaires in Panama were called back for consultations, the State Department said.

This came just days after US senators introduced legislation allowing Washington to scale back ties or suspend assistance to countries that shift away from Taiwan.

Panama's President Juan Carlos Varela responded by asking the US not to meddle in his country's affairs.

"We respect the sovereign decisions of other countries and we will always ask the same respect for ours," he said in a statement.

The US scrapped a meeting this week with officials from Central American countries meant to discuss economic cooperation and migration issues in the region, according to the government of El Salvador.

US officials cited by The Washington Post said the meeting, described as a high-level security conference, was canceled as El Salvador and Guatemala would not send envoys. El Salvador, however, insisted this was not true and that it was keen to reschedule talks.

The US State Department did not comment on the reports but coming on the heels of Washington recalling envoys, this was another blow to regional ties.

It is not just in the last week that relations between Washington and its Latin American partners have cooled.

The Trump administration's "zero tolerance" migration policy and the separation of hundreds of families at its southern border with Mexico targeted mostly Central American asylum seekers, many of them fleeing gang violence, and prompted criticism from countries like Honduras and El Salvador.

Washington also announced earlier this year that it was ending the temporary protected status allowing citizens from Honduras, Nicaragua, Haiti and El Salvador to live and work in the US for the past two decades, meaning tens of thousands of people might be forced to return home.