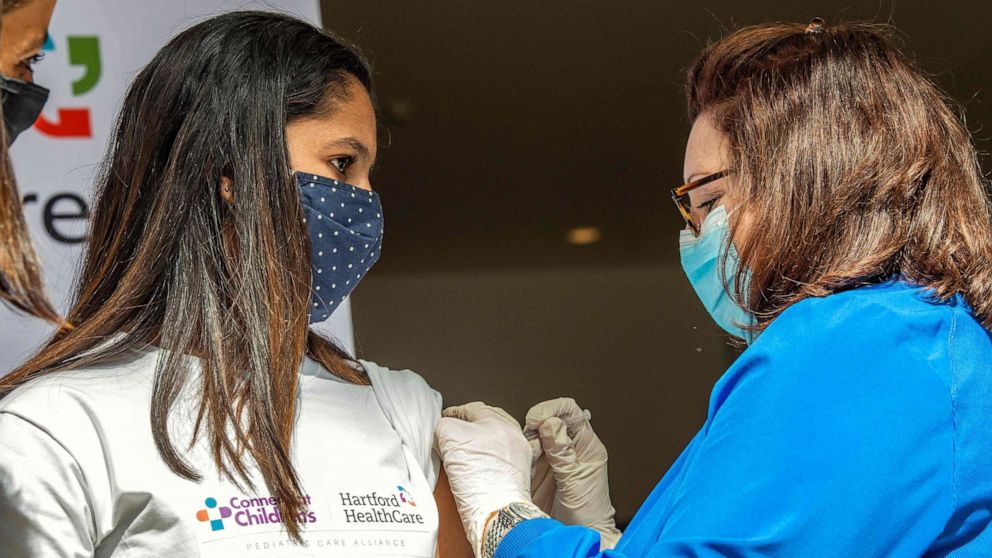 US health authorities plan to update official guidance about administering mRNA Covid vaccines to adolescents and young adults after finding a likely link to rare cases of heart inflammation, but say the overall benefits still "clearly" outweigh the risks.

The decision was announced during a meeting of experts convened by the Centers for Disease Control and Prevention (CDC) on Wednesday that reviewed 323 confirmed instances of myocarditis and of pericarditis, inflammation of the lining surrounding the heart, among people under 30 following vaccination.

"Fortunately it's an extraordinarily rare event, and when the event happens it's generally quite mild," Henry Bernstein, a pediatrician at Cohen Children's Medical Center in New York and member of the expert panel, told AFP after the meeting.

He added he would continue to strongly advise parents to vaccinate their adolescents.

Of the 323 cases, 309 were hospitalized, 295 were discharged, nine remain hospitalized with two in intensive care, and there is no outcome data for five cases.

The cases are predominantly among males, most occur after the second dose, and there are no confirmed deaths.

The data is current as of June 11, when more than 50 million doses of both the Pfizer and Moderna mRNA vaccines had been administered to people aged 12-29 in the United States.

While the case numbers are low, they are still higher than what would be expected in these age groups and researchers are studying possible biological triggers.

"Myocarditis is a rare disease but it's not a new disease, it's been around for a while," Matthew Oster, a member of the CDC's Covid vaccine task force told the meeting, noting the estimated background rate of myocarditis is about 0.8 per 100,000 children per year.

Oster said the illness was thought to be caused by viruses in some cases, although there could be other triggers.

"It does appear that mRNA vaccine may be a new trigger for myocarditis," he said.

According to the CDC, for every million second doses given to 12-to-17 year old boys, 5,700 Covid cases, 215 hospitalizations, 71 ICU admissions and two deaths across 120 days would be prevented by vaccination.

Between 56 to 69 cases of myocarditis would be expected as a result of the vaccines.

"Currently, the benefits still clearly outweigh the risks for Covid-19 vaccination in adolescents and young adults," CDC scientists said in a presentation.

The CDC and Food and Drug Administration (FDA) plan to update their advice and warning labels to reflect the potential risks.

If a person develops pericarditis after their first dose, they should wait until their symptoms clear and consult their doctor before getting a second dose, according to the draft guidance which will soon be finalized.

If a person develops myocarditis after their first dose, they will be advised to defer their second dose until more information is known.

While children are less affected by Covid than adults, the virus has still hospitalized more than 3,000 under-18s in the United States and led to more than 300 deaths, according to official data. Some 2,700 people under 30 have died from Covid.

Messenger RNA vaccines have been proven to be extraordinarily protective against the disease. Pfizer's Covid vaccine is currently authorized for ages 12 and up while Moderna's is authorized for those 18 and over.

Beyond protecting children from the immediate risks of Covid, pediatricians also want to shield them from possible long term impacts such as long Covid and a rare but very serious post-viral complication called Multisystem Inflammatory Syndrome in Children (MIS-C).

There are also worries the new variant Delta might be more harmful to children than past strains.

Ahead of the meeting, Monica Gandhi, an infectious diseases and public health expert at the University of California San Francisco, pointed out that the United States has gone beyond some other countries' recommendations on vaccinating teens.

These include Germany and Israel, which only recommend vaccinating adolescents who are at high risk, while Britain is still examining the data and hasn't yet reached a decision.