US to continue diplomatic engagement with DPRK, says State Department

WASHINGTON, July 25 (Xinhua) - The US State Department on Thursday reiterated Washington's intention to continue its diplomatic engagement with the Democratic People's Republic of Korea (DPRK) after Pyongyang's firing of two projectiles. 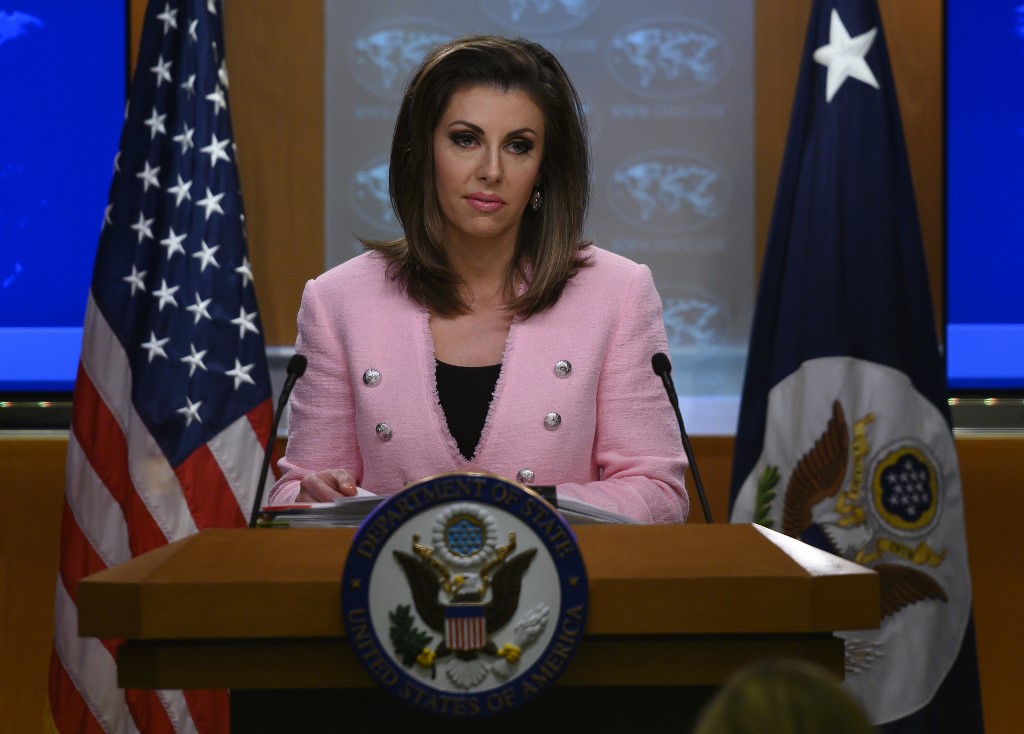 US State Department spokesperson Morgan Ortagus stands at the lectern during a press conference at the US Department of State in Washington, DC on June 10, 2019. (Photo:AFP)

"We want to have diplomatic engagement with the North Koreans (the DPRK)," said department spokesperson Morgan Ortagus at a press briefing.

"We continue to urge the North Koreans to resolve all of the things that the President (Donald Trump) and that Chairman Kim (Jong-un) have talked about through diplomacy," she added.

During the press briefing, Ortagus also said there should be "no more provocations" on the Korean Peninsula.

The spokesperson's remarks came after Pyongyang fired two unidentified projectiles into its eastern waters early on Thursday. South Korea said it believed two new-type short-range missiles were launched just after dawn from Wonsan on the east coast of the DPRK and flew more than 430 km and 690 km respectively before falling into the sea.

The DPRK's firing of projectiles occurred less than a month after an impromptu meeting in Panmunjom between top DPRK leader Kim Jong-un and US President Donald Trump produced an agreement to resume working-level negotiation on denuclearizing the Korean Peninsula.

The two sides were expected to resume working-level negotiation in mid-July. Pyongyang said last week it might cancel the scheduled talks if a planned joint military exercise between the United States and South Korea would take place.