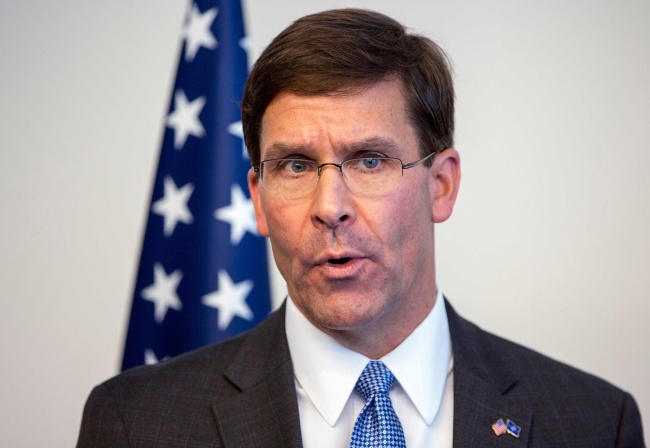 "Now that we have withdrawn, the Department of Defense will fully pursue the development of these ground-launched conventional missiles," Esper said, pointing to the move as a "prudent response to Russia's actions."

To comply with the obligations of the INF treaty, these programs are in the early stages, the statement claimed.

Esper released the statement on the same day the United States officially withdrew from the treaty.

Multiple US media reported that the United States is planning to test a new non-nuclear mobile-launched cruise missile in the coming weeks as a show of force against Moscow.

The collapse of the INF treaty as well as confrontational actions have already triggered fear among analysts that a new round of arms race is looming.

"Most pressing and troublesome over the medium term will be the total loss of transparency and predictability," Ulrich Kuehn, an arms control expert at the Carnegie Endowment for International Peace, said, "this combination of 'strategic blindness' and mistrust combined with the potential for misunderstandings will fuel the new arms race."

"When it expires tomorrow, the world will lose an invaluable brake on nuclear war. This will likely heighten, not reduce, the threat posed by ballistic missiles," he said.

The INF Treaty was signed by the Soviet Union and the United States bain 1987.

US Secretary of State Pompeo said on Feb. 1 that the United States would suspend compliance with the landmark bilateral arms control pact with Russia and formally withdraw in six months if Moscow does not end its alleged violation of the pact.