WORLD US to implement security upgrades to refugee program

US to implement security upgrades to refugee program 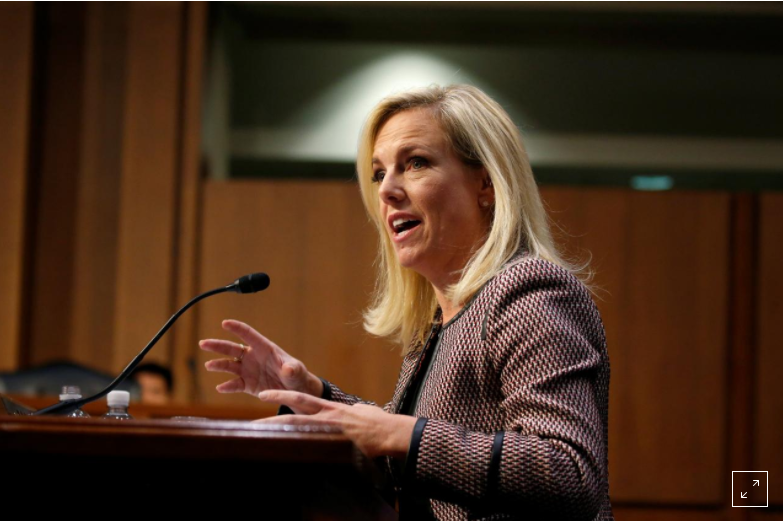 New security upgrades to the US refugee admissions program will help block suspected criminals from entering the United States from “high-risk” countries, the head of the US Department of Homeland Security said on Monday.

“We will be rolling out new security measures for applicants from high-risk countries which will seek to prevent the program from being exploited by terrorists, criminals and fraudsters,” US Homeland Security Secretary Kirstjen Nielsen said at a public event in Washington.

“These changes will not only improve security but importantly they will help us better assess legitimate refugees fleeing persecution.”

Nielsen did not give further details about the upgrade.

Since taking office, President Donald Trump has slashed the number of refugees allowed into the country and paused the refugee program for four months last year. He has also instituted stricter vetting requirements and quit negotiations on a voluntary pact to deal with global migration.

In late October, the Trump administration effectively paused refugee admissions from 11 countries mostly in the Middle East and Africa, pending a 90-day security review which was set to expire last week.

The countries subject to the review are Egypt, Iran, Iraq, Libya, Mali, North Korea, Somalia, South Sudan, Sudan, Syria and Yemen. It is unclear if these are the same “high-risk” countries referred to by Nielsen.

Since the judge’s ruling, 23 refugees from the 11 countries have been allowed into the United States, according to State Department data.