WORLD US to recognize Jerusalem as Israel's capital

US to recognize Jerusalem as Israel's capital 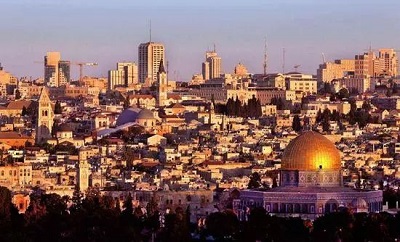 Washington (People's Daily) - US officials said President Donald Trump will recognize Jerusalem as Israel's capital Wednesday and the State Department will move the American Embassy from Tel Aviv to Jerusalem.

Two days after the expiration of a deadline for Trump to decide whether to keep the US Embassy in Tel Aviv, he is expected to announce that the US recognizes Jerusalem as the capital of Israel. Trump will also waive the law calling for the US Embassy to be relocated to Jerusalem, as every president has done since 1995 and as he did in June, for logistical reasons.

The officials said Trump believes it’s the “right time” to recognize Jerusalem as Israel’s capital, and this will be an acknowledgement of “historical and current reality” rather than Trump’s political statement.

During the presidential campaign, Trump promised to move the embassy. However, such a move could not be put into reality immediately. The officials said moving the embassy will not happen immediately and needs years to accomplish.

During the Arab-Israeli war of 1967, East Jerusalem was captured by Israeli forces. However, the permanent status of Jerusalem as a whole remains unsettled under the Oslo Accords. US policy has long been that Jerusalem’s status should be settled through negotiations between Israelis and Palestinians. The move Trump will make would break with the former  US attitude and international consensus.

Although Israel extended Jerusalem’s municipal borders to encompass the predominantly Arab eastern neighborhoods, the Palestinians still hope to make East Jerusalem the capital of a Palestinian state, and the city is of great religious significance to Jews, Christians and Muslims.