WORLD US to remove Patriot missiles out of Saudi Arabia

US to remove Patriot missiles out of Saudi Arabia 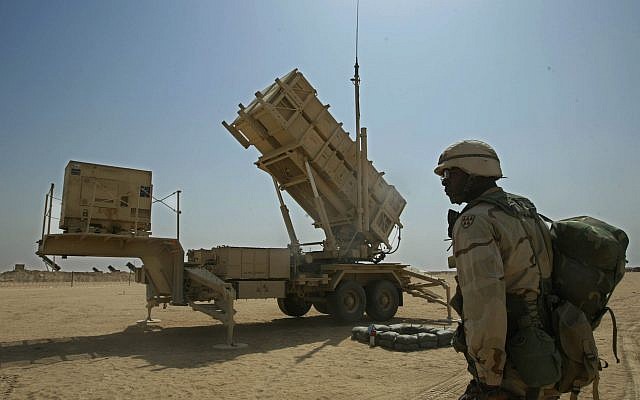 Washington (People’s Daily) – US officials said they will remove Patriot antimissile systems out of Saudi Arabia and is considering other military reductions marking the end, for now, of a large-scale military buildup to counter Iran.

According to a Wall Street report on Thursday, the US is removing four Patriot missile batteries from Saudi Arabia, along with dozens of military personnel sent following a series of attacks on Saudi oil facilities last year.

Two US jet fighter squadrons have already left the region. The US will also consider reducing its Navy presence in the Persian Gulf, officials said.

The Pentagon’s removal of the antimissile batteries and other reductions are based on official assessments that Tehran no longer poses an immediate threat to US strategic interests.

According to Reuters, a US Republican senator introduced legislation on Thursday to remove US troops from Saudi Arabia, adding pressure on the kingdom to tighten its oil taps to reverse the crude price drop that has hurt domestic energy companies.

The legislation from Senator Bill Cassidy, of oil-producing Louisiana, would remove US troops 30 days after enactment, a full month faster than similar legislation introduced by two other Republican senators in March.

US President Donald Trump threatened to remove US troops from Saudi Arabia if oil production did not decrease.

During a phone call in Avril, Trump told Saudi Crown Prince Mohammed bin Salman that if OPEC did not cut production, he would not be able to stop US Congress from passing a law on Saudi Arabia.