WORLD US to retry Senator Menendez on bribery, corruption charges

US to retry Senator Menendez on bribery, corruption charges 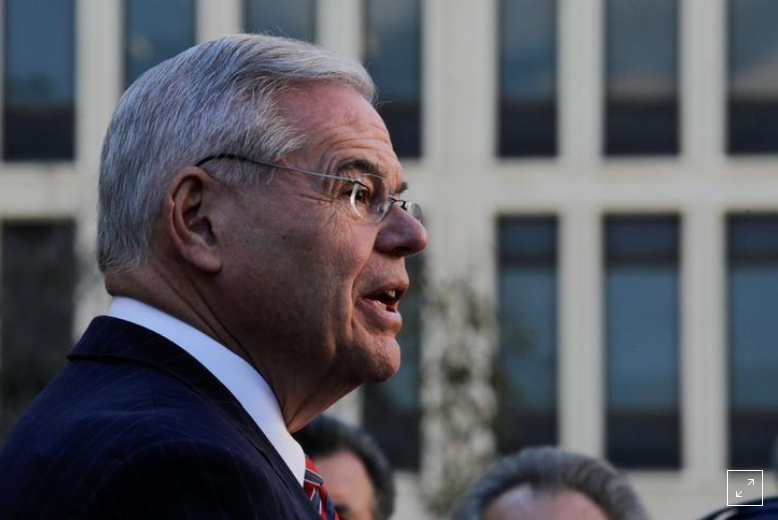 US Senator Robert Menendez (D-NJ) speaks to media as he departs the United States Court after his corruption trial ended in a mistrial in Newark, New Jersey, US, November 16, 2017. Photo: Reuters/Eduardo Munoz

The US Justice Department said on Friday it plans to retry Democratic US Senator Robert Menendez on bribery and corruption charges after a jury was deadlocked during a trial in November.

The government is seeking the “earliest possible date” for a retrial, according to a court filing. Menendez, who has represented New Jersey in the Senate since 2006, is expected to run for another six-year term this year, and the state’s Democratic leaders have endorsed his bid despite the charges.

“The decision to retry this case was made based on the facts and the law, following a careful review,” the Justice Department said in a statement.

Menendez, 64, is accused of accepting private flights, campaign contributions and other bribes from a wealthy patron, Florida ophthalmologist Salomon Melgen, in exchange for official favors.

Melgen, who was separately convicted last year in Florida of perpetrating a massive Medicare fraud, will also be retried, the Justice Department said.

“We regret that the DOJ, after spending millions and millions of taxpayer dollars, and failing to prove a single allegation in a court of law, has decided to double down on an unjust prosecution,” Menendez’s office said in a statement. “Evidently, they did not hear the overwhelming voices of the New Jerseyans who served on the jury this fall. Senator Menendez fully intends to be vindicated - again.”

A lawyer for Melgen, Kirk Ogrosky, said in an email that they were “disappointed” in the decision to continue a “ridiculous” prosecution.

The case was the first high-profile corruption trial for federal prosecutors since a US Supreme Court decision in 2016 limited their ability to bring such charges.

A second trial this year could pose a major distraction for Menendez and his fellow Democrats, who are already facing an unfriendly electoral map in their quest to wrest control of the Senate.

Republicans hold a narrow 51-49 advantage but only have to defend eight seats, compared with 26 for Democrats and independents who caucus with them.

During the 10-week trial last year, prosecutors said Melgen showered Menendez with gifts. In exchange, they said, Menendez pressured Medicare officials to revamp the agency’s billing policies after Melgen was found to have overbilled it by millions of dollars.

The senator also helped secure visas for Melgen’s foreign girlfriends and asked US officials to resolve a port dispute in the Dominican Republic involving one of Melgen’s companies, prosecutors said.