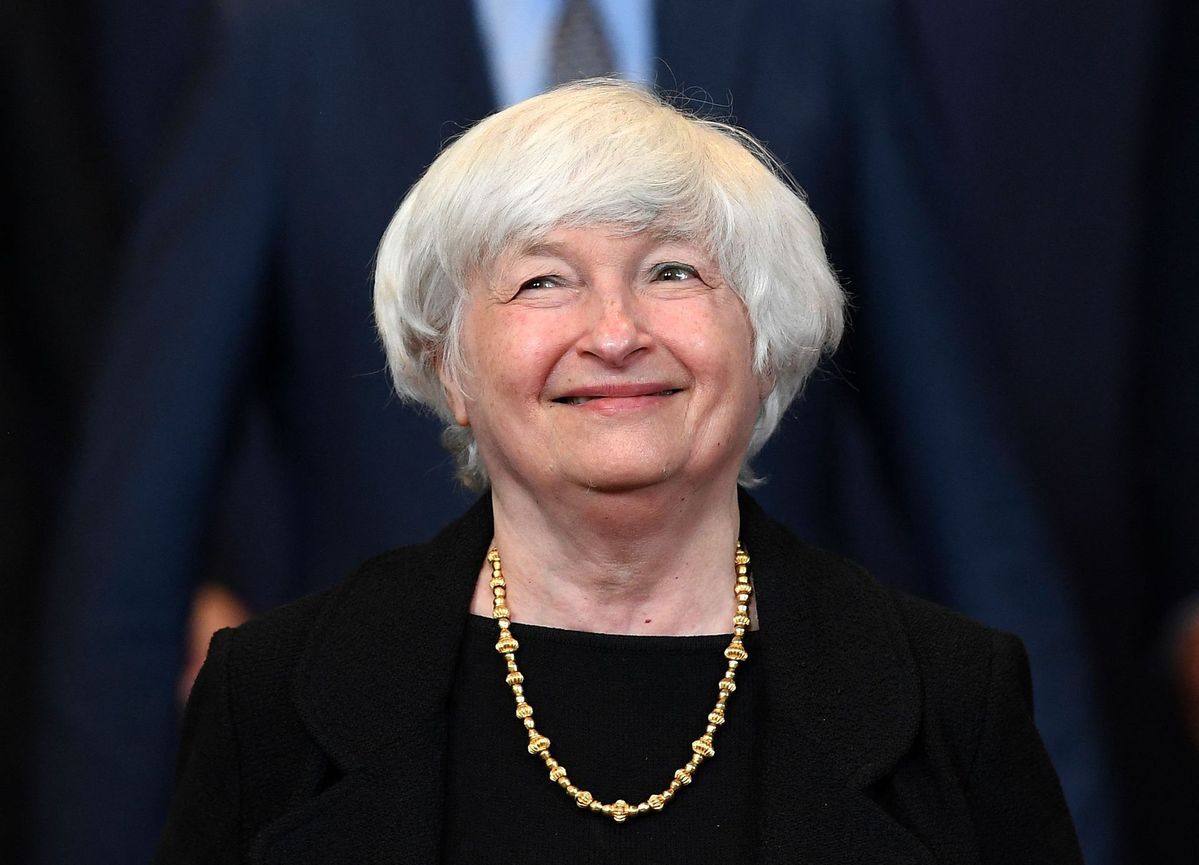 In this file photo US Treasury Secretary Janet Yellen poses for a family photo during a Eurogroup meeting at the EU headquarters in Brussels on July 12, 2021. (Photo: Agencies)

The comments come after Labor Department data earlier this week showed record-setting increases in the consumer and wholesale prices, again fanning the debate over whether government stimulus and the Federal Reserve's easy money policies are allowing the US economy to run too hot as it bounces back from the Covid-19 pandemic.

"I think we will have several more months of rapid inflation, so I'm not saying that this is a one-month phenomenon," Yellen said during an interview on CNBC.

However she predicted price increases will reach "normal levels" over the medium term.

"It is important that we monitor it carefully, but I believe fundamentally, that this is something that will settle down," she said.

The producer price index increased 7.3 percent, not seasonally adjusted, for the 12 months ended in June, its largest-ever yearly increase since the Labor Department began tracking it more than a decade ago, it announced Wednesday.

The day before, the department reported the consumer price index climbed by an unadjusted 5.4 percent in the 12 months ended in June, its highest rate since August 2008.

Both are seen as consequences of the economy's bounceback from 2020, when businesses were shut down or forced to restrict operations due to the Covid-19 pandemic.

Housing prices have also shot up over the past year thanks to strong demand fueled by low mortgage rates and scarce supply, but Yellen said they are unlikely to signal a forthcoming crisis.

"I don't think we're seeing the same kinds of danger in this that we saw in the run-up to the financial crisis in 2008," she said.

"It's a very different phenomenon, but I do worry about affordability and the pressures that higher housing prices will create for families that are first-time homebuyers or have less income."