WORLD US to sell anti-ballistic missile to Japan amid tensions

US to sell anti-ballistic missile to Japan amid tensions 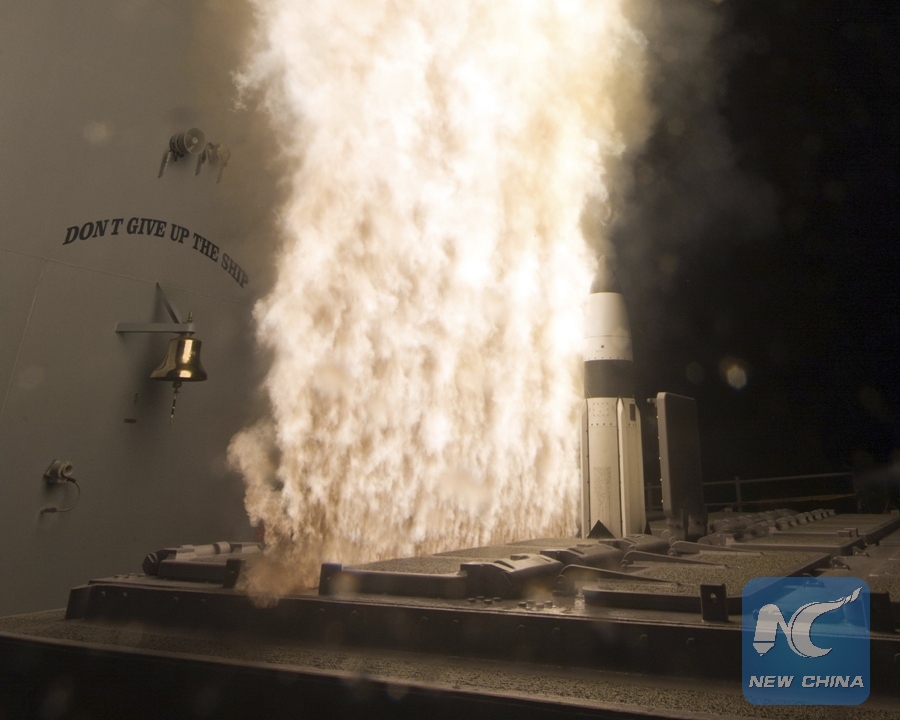 A Standard Missile-3 Block 1A interceptor is launched from the guided-missile cruiser USS Lake Erie during a Missile Defense Agency and US Navy test in the Pacific Ocean February 13, 2013. File Photo: REUTERS

The US government has notified Congress of the newly proposed sale of anti-ballistic missiles to Japan, said the US State Department on Tuesday.

This arms sale comes as tension on the Korean peninsula has been slightly eased over the inter-Korean talks held on Tuesday.

South Korea and the Democratic People's Republic of Korea (DPRK) held the first senior-level dialogue in about two years, agreeing to hold military talks to ease tensions on the Korean Peninsula.

In late December, Japan's Cabinet approved its budget plan for fiscal 2018, with a record-high defense spending.

Economists and political pundits critical of the ever-increasing expenditure have noted that with Prime Minister Shinzo Abe's push to revise the pacifist Constitution and further normalize Japan's military, such increases in military spending could further unsettle the region and trigger an unnecessary arms race.