WORLD US to send supplies, resources to COVID-ravaged India

US to send supplies, resources to COVID-ravaged India

The United States is "working around the clock to deploy available resources and supplies" to India to help the Asian country tackle its surge in COVID-19 infections and deaths, the White House said on Sunday. 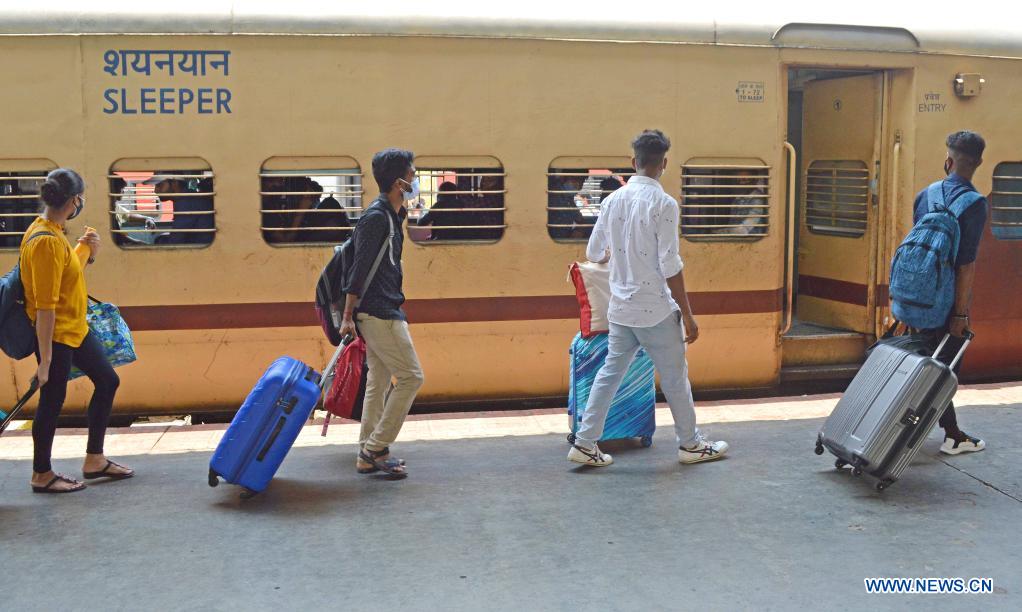 Students catch a train to leave Bangalore during the pandemic at the Bangalore City Railway Station in Bangalore, India, April 20, 2021. (Photo: Xinhua)

The White House statement noted that Washington had identified sources of specific raw material required for Indian manufacture of the Covishield vaccine that will immediately be made available for India.

"To help treat COVID-19 patients and protect front-line health workers in India, the United States has identified supplies of therapeutics, rapid diagnostic test kits, ventilators, and Personal Protective Equipment (PPE) that will immediately be made available for India," the statement read. "The United States also is pursuing options to provide oxygen generation and related supplies on an urgent basis."

Other Western nations, including the Germany, the U.K. and France, have also pledged support for India, whose daily virus-related deaths surpassed a record 2,600 on April 24 as the government battles to get oxygen supplies to hospitals.

Reports indicate that the country doesn't have enough crematoriums, and new ones are being built to cope with the increase in fatalities.

Its 16,960,172 infections are the second-highest globally, only shadowed by the tally recorded by the United States.

On the other hand, its 192,311 COVID-19 fatalities are the fourth-highest recorded in the world.

White House noted in its Sunday statement that the U.S. would deploying an expert team of public health advisors from the Center for Disease Control (CDC) and USAID to work in close collaboration with the U.S. Embassy, India's health ministries, and India's Epidemic Intelligence Service staff to contain the pandemic.