US to stage drill with three carriers as Trump visits Asia 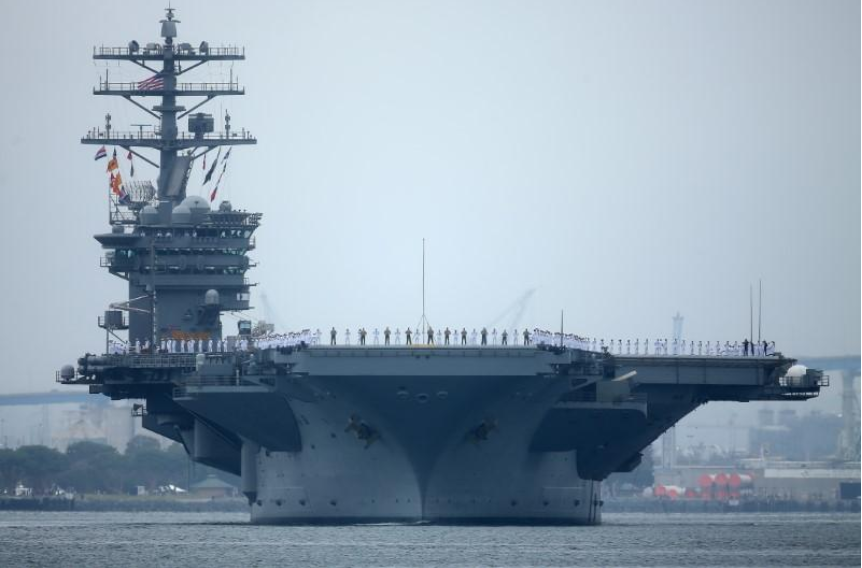 Three U.S. aircraft carrier strike groups will exercise together in the Western Pacific in the coming days in a rare show of force as President Donald Trump visits Asia with warnings about the nuclear threat from North Korea, U.S. officials say.

U.S. officials have previously said the drill was under consideration and that planning was underway. The decision to soon go forward with the exercise in the Western Pacific has not been previously published.

The drill will include the aircraft carriers USS Nimitz, the Ronald Reagan, the Theodore Roosevelt and their accompanying warships. Three U.S. aircraft carrier strike groups have not exercised together in the region since 2007.

The four officials who discussed the drill with Reuters spoke on condition of anonymity, and did not disclose the precise date or location of the exercise. The Pentagon and the Navy’s Pacific Fleet declined comment on future operations.

Reuters was not aware of any plans for Trump to visit the carriers.

Trump has ramped up his tough rhetoric against North Korea over its nuclear and missile programs since starting a 12-day trip to Asia on Sunday. Speaking in Tokyo on Monday, Trump renewed his warning that the “era of strategic patience” with North Korea was over.

The U.S. leader, who will visit South Korea on Tuesday, has rattled some allies with his vow to “totally destroy” North Korea if necessary to defend the United States or its allies, and with his dismissal of North Korean leader Kim Jong Un as a “rocket man” on a suicide mission. Kim has called Trump a “mentally deranged U.S. dotard.” 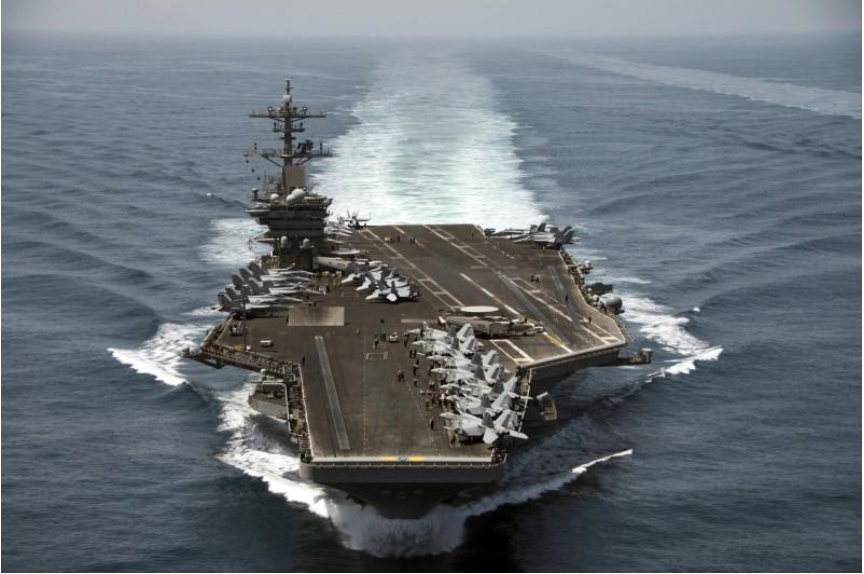 The drills included a “joint photo exercise” that showed 15 ships and 17 aircraft from the Air Force, Navy and Marine Corps, including a B-52 bomber, according to the Navy’s website.

Carriers frequently transit in and out of the Pacific and events where two of them are together are more common. U.S. defense officials noted recently that the presence of the three U.S. carriers in the region was reassuring allies, even though it was long scheduled.

“It does demonstrate a capability that no other nation in the world can do,” Joint Staff Director Lieutenant General Kenneth McKenzie Jr said on Oct. 26.