WORLD US to suffer from tariffs: Kudlow

US to suffer from tariffs: Kudlow

Larry Kudlow, the White House’s top economic adviser, acknowledged Sunday US consumers and businesses would suffer from a tax increase in the wake of additional tariffs the US slapped on $200 billion in Chinese goods from 10 percent to 25 percent last Friday. 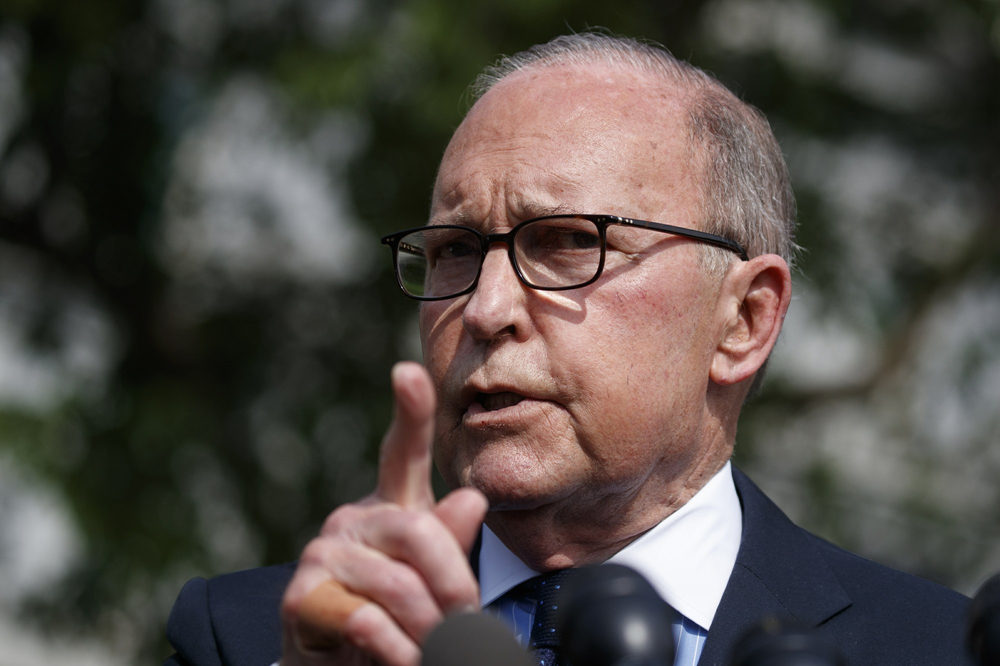 Kudlow’s concession runs contrary to US President Donald Trump’s suggestions that only China will pay for the tariffs. He said that “both sides will suffer” from the tariffs, adding that the economic impact would cut US economic growth 0.2 percentage points.

Many studies have already pointed out that the tariffs will be passed on to US retailers and consumers via higher prices. According to research conducted by the Chinese Academy of Social Science, US retailers, manufacturers and consumers bear 90 percent of the total tax burden.

In 2019, after the US imposed a 10 percent tariff on 200 billion US dollars in Chinese goods, the tax burden borne by China was between 9 percent and 10 percent. That is to say, US retailers, manufacturers and consumers bear about 90 percent of the total tax burden.

This conclusion coincides with a paper published in March by Pinelopi Goldberg, World Bank’s chief economist, Pablo Fajgelbaum of UCLA, Patrick Kennedy of the University of California, Berkeley and Amit Khandelwal of Columbia Business School that US consumers and companies were paying most of the costs of Trump’s tariffs.

Meanwhile, another research by the Chinese Academy of International Trade and Economic Cooperation (CAITEC) shows that China's dependence on American goods is much lower than that of the US.

For instance, the $200 billion in Chinese goods under tariffs is wide-ranging, including 6,081 items involving all aspects of American people’s lives. Among them, 1,150 items  imported from China take up 50 percent of total imports to the US, accounting for more than 40 percent of the items under tariffs. On the other hand, only 124 items of China's exports to the US account for more than half of total exports.

During the first four months of the year, customs data showed that Sino-US trade was worth 1.1 trillion yuan, down 11.2 percent. Among them, exports to the US fell by 4.8 percent year-on-year, while imports from the US fell by 26.8 percent.

"The remaining untaxed goods were screened by the US in the early stage. If tariffs were imposed on them, the impact on the US would be very great,” said Liang Ming, a senior researcher at CAITEC.

"Mobile phones, computers and toys are all goods that the US needs to buy from China in large quantities. Once tariffs are imposed, they will not only affect the global supply chain and value chain, such as Apple phones and Dell computers, but also further affect downstream consumers. This tariff increase would be reckless," Liang added.