WORLD US to surpass 1918 pandemic death toll in less than 2 weeks: US media

US to surpass 1918 pandemic death toll in less than 2 weeks: US media 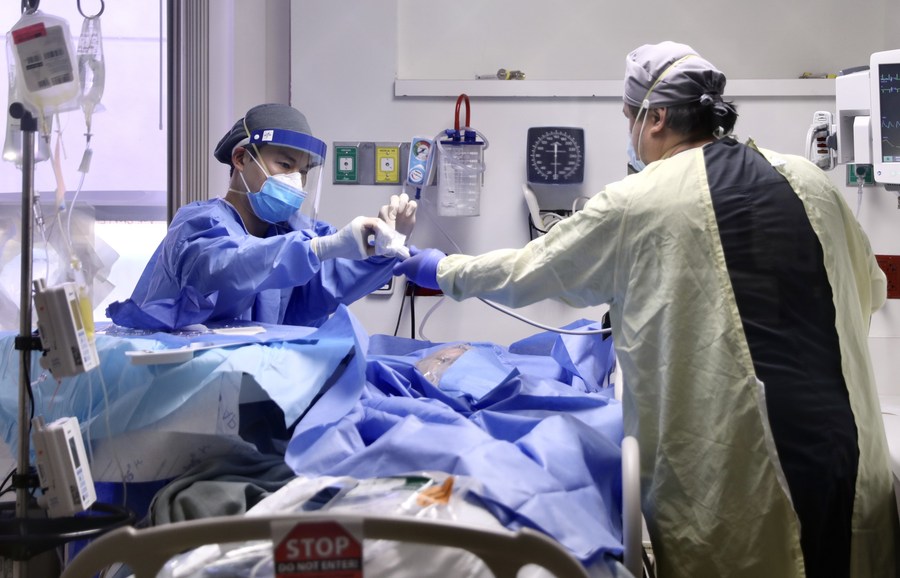 Healthcare workers operate in an ICU in the "COVID Area" of the Beverly Hospital in Montebello City, California, the United States, Jan. 22, 2021. (Photo: Xinhua)

WASHINGTON, Sept. 16 (Xinhua) -- The real-time death toll of COVID-19 in the United States is projected to exceed that of the 1918 pandemic in less than two weeks, according to a report by ABC News on Tuesday.

"In the H1N1 flu pandemic of 1918, an estimated 675,000 Americans lost their lives," said the report. "To date, 662,000 Americans have lost their lives to COVID-19, meaning the U.S. is less than 13,000 confirmed coronavirus deaths away from surpassing that staggering death toll more than a century later."

More than 1,000 Americans are still dying each day of the virus at present, and the country's vaccination rate has declined in recent weeks, said the report, adding that the rate of Americans receiving their first dose dropped by 42.7 percent since Aug. 10.