WORLD US to withdraw troops from northern Syria: Pentagon chief

US to withdraw troops from northern Syria: Pentagon chief 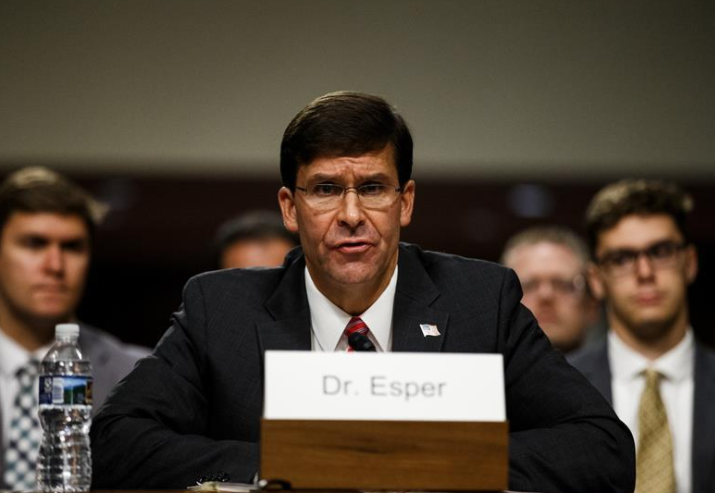 WASHINGTON (Xinhua) -- US Secretary of Defense Mark Esper said on Sunday that the United States is planning to withdraw around 1,000 US troops from northern Syria, where Turkish offensive against Syrian Kurdish forces has been underway.

"In the last 24 hours we learned that they (Turkish forces) likely intend to expand their attack further south than originally planned and to the west," Esper told CBS on Sunday morning.

Esper called the situation "very untenable" as US forces were caught between two opposing advancing armies.

"I spoke with the president last night after discussions with the rest of the national security team and he directed that we begin a deliberate withdrawal of forces from northern Syria," he added, confirming the number of US troops was around 1,000.

But Esper did not provide a timeline for the pullout, only saying that the US military would "conduct it as safely and quickly as possible."

The Pentagon chief told CBS that the decision is not a retreat. He emphasized that the United States did not want to put American forces into harm's way and get involved in the conflict between Turks and Kurds.

Pentagon confirmed on Friday that US troops in the vicinity of the northern Syrian city of Kobani came under artillery fire from Turkish positions earlier that day, while no injuries were reported.

Earlier Wednesday, Turkey launched military operations targeting the Kurdish forces in several parts of northeast Syria after the United States started pulling its troops out of there following a recent decision.